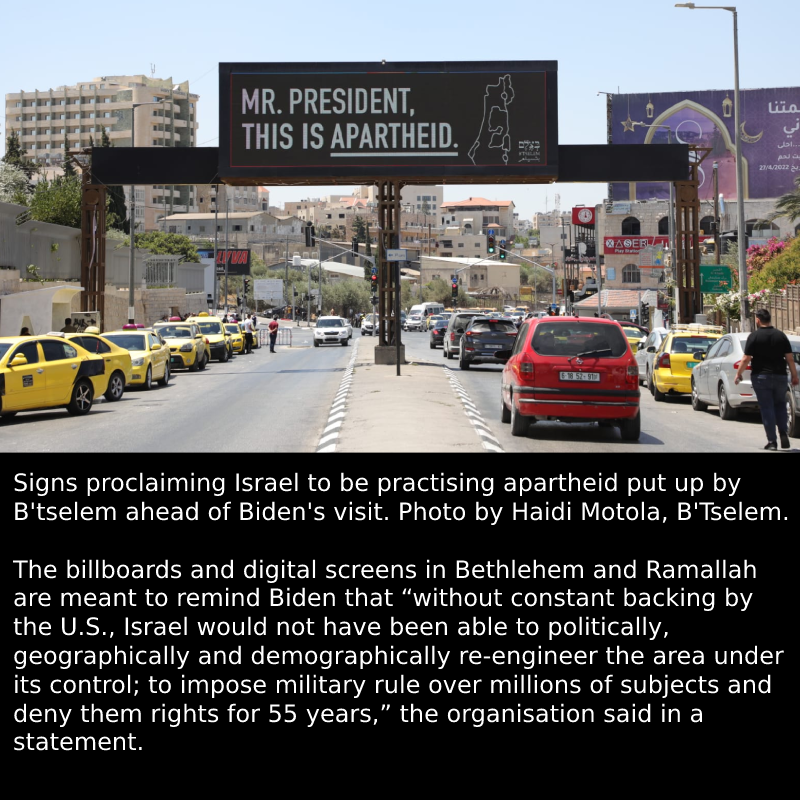 Today (Wednesday, 13 July 2022), Israeli human rights group B’Tselem put up billboards and digital screens in the West Bank cities of Bethlehem and Ramallah, ahead of US President Biden’s visit to Israel and the West Bank, reading: “Mr. President, this is apartheid.”

US policy treats Israel as though it were running two separate regimes side by side: a permanent democracy (within the country’s sovereign borders) and a temporary military occupation (in the Occupied Palestinian Territories). In January 2021, B’Tselem published a position paper clarifying that in reality, the entire area under Israel’s control between the Jordan River and the Mediterranean Sea is governed by a single regime, which works to impose Jewish supremacy over Palestinians: an apartheid regime. Without constant backing by the US, Israel would not have been able to politically, geographically and demographically re-engineer the area under its control; to impose military rule over millions of subjects and deny them rights for 55 years; to annex East Jerusalem to its sovereign territory; or to systematically discriminate against its Palestinian citizens.

B’Tselem Executive Director Hagai El-Ad said: “The human rights community has reached an updated consensus, shared across the board by Palestinian, Israeli and international organizations, that this reality constitutes apartheid. One US Administration after another has continued to back Israel with international support and immunity, allowing it to violate human rights without demanding accountability. The US must acknowledge that the area between the Jordan River and the Mediterreanean Sea is governed by an apartheid regime, and change its attutide to Israel accordingly. When the attitude changes – so will the regime.” 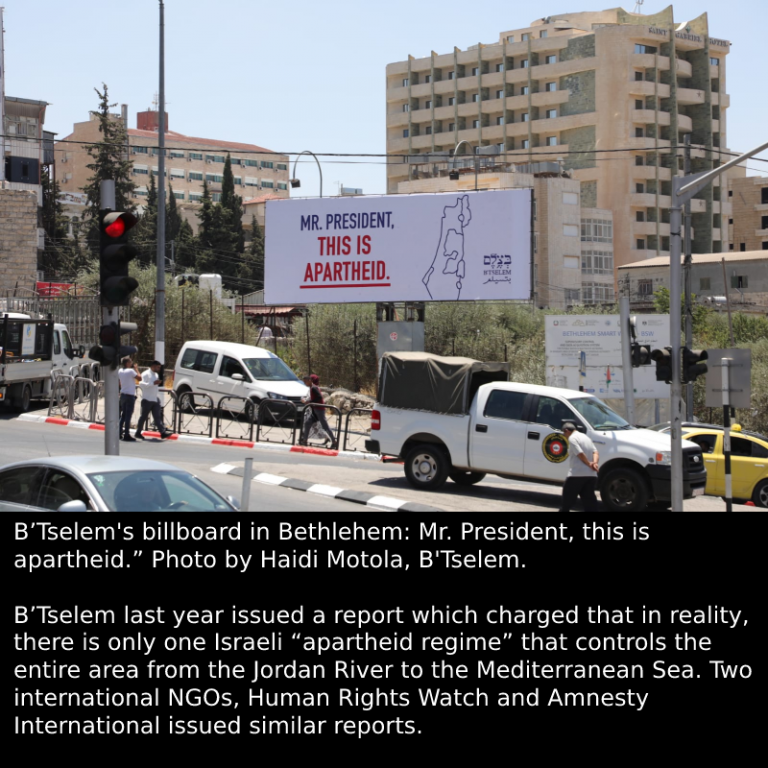 President Biden, this is apartheid. The US presidential visit perpetuates reality instead of changing it. False symmetry, of visiting West Jerusalem as well as the Occupied Territories, does not change the fact that Jerusalem controls also the OPT. > pic.twitter.com/jAeHGxhUQm

Tags:ApartheidBidenCriminaliseWarEnergisePeaceFreePalestine
previousUS claims it only sells ‘defensive’ weapons to Saudi Arabia. But does this disti…
nextRussia, Ukraine near to grain deal as heavy shelling continues. More than 20 m…