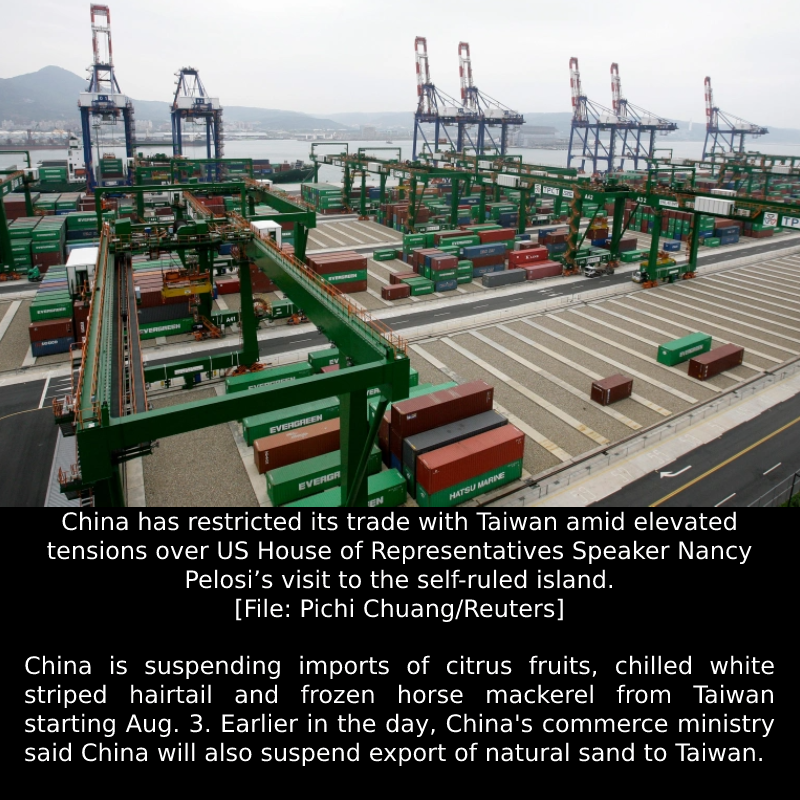 China halted some trade with Taiwan in retaliation to the high-profile visit of US House Speaker Nancy Pelosi to the island.

China’s General Administration of Customs said in a statement Wednesday that some fish and fruit imports were suspended due to excessive pesticide residue detected “multiple times” on products since last year, as well as some frozen fish packages that tested positive for coronavirus in June. The Ministry of Commerce said in a separate statement it banned natural sand exports based on provisions of related law, but gave no further details.

China caught Taiwan off guard last year when it suddenly blocked pineapple imports from there. Beijing later halted imports of wax and sugar apples last September. While most fruit produced in Taiwan is consumed domestically, the vast majority of exports go to China.

The trade actions followed a Taiwanese media report that China on Monday banned food imports from more than 100 of the island’s suppliers.

China is Taiwan’s largest trading partner, with bilateral trade rising 26% on year to $328.3 billion last year. Taiwan held a sizable surplus against China, with exports from the island exceeding imports by $172 billion, according to Chinese customs data. While Beijing could leverage that advantage by sanctioning exporters, China also relies on Taiwan for semiconductor supplies.

Two-way trade totaled $165 billion in the first half of this year, with Taiwan’s surplus with China at $79.8 billion.

Even Pay, an analyst at consultancy Trivium China in Beijing, said more trade disruptions can be expected between China and Taiwan while tensions remain high. She said it was “common practice” for Beijing to identify minor compliance issues and enforce rules very strictly with trade partners, citing the example of Canadian canola after Meng Wanzhou, chief financial officer of Huawei Technologies Co., was detained.

“It looks like stepped up military exercises announced Tuesday night may disrupt shipping in the region through Sunday at least, particularly into ports in Taiwan and Fujian, but also for any cargoes that might typically pass through the area around Taiwan,” said Pay.

The sand export ban cuts off the island’s main source of the construction material. With grains about 5 millimeters wide or less, natural sand is typically used to produce things like concrete and asphalt.

China previously halted natural sand exports to Taiwan in March 2007, citing environmental concerns, and lifted the ban about one year later. Taiwan activated a contingency plan at the time, including importing materials from the Philippines and using local river sand to close the gap.

Taiwan imported 5.67 million metric tons of sand and gravel in 2020, with natural sand constituting about 8% of total, according to a report from Taiwan’s Ministry of Economic Affairs. More than 90% of Taiwan’s imported sand and gravel is from China, due to much higher transportation costs from other countries like Vietnam, the report said. 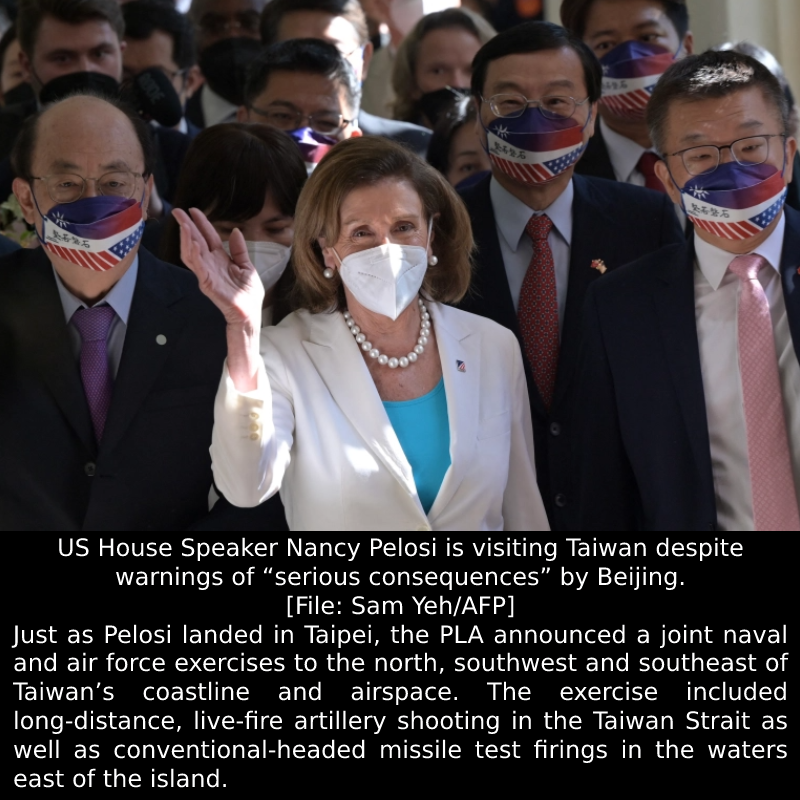