Guantánamo Prisoner Said He Was Waterboarded; Agents Omitted It From Memo. 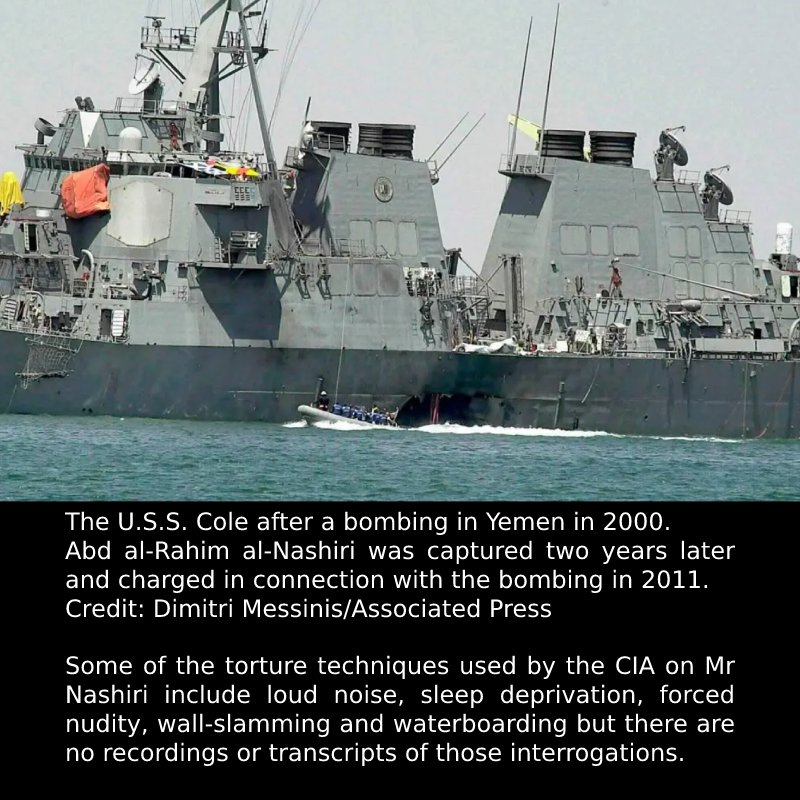 The revelation came in the latest pretrial hearings in the long-running U.S.S. Cole bombing case.

GUANTÁNAMO BAY, Cuba — A prisoner accused of plotting Al Qaeda’s bombing of the U.S.S. Cole warship in 2000 told federal interrogators years later that he was waterboarded by the C.I.A., an interpreter testified Thursday. But that detail was omitted from the official account of the interrogations that prosecutors want to use at his death-penalty trial as evidence that he confessed.
At issue in the hearings is whether the military judge will accept a 34-page memo written by agents who questioned the prisoner, Abd al-Rahim al-Nashiri, at Guantánamo Bay for three days in early 2007. The account of the interrogation is considered critical trial evidence. Defense lawyers say it is tainted by torture and want it excluded.
“He talked about the waterboarding,” said John J. Elkaliouby, who worked for the F.B.I. as an Arabic linguist from 1994 to 2015. “He said, ‘I was waterboarded by the C.I.A.,’ and I reported that to the whole team.”
Mr. Elkaliouby was called as a prosecution witness to describe the mood and atmosphere during the interrogation, which he said was friendly, calm and “at the pleasure of Mr. Nashiri,” who was shackled at the ankles. The agents served tea and pastry, and the prisoner offered that he had been tortured.
The linguist cast the revelation as a surprise. “I didn’t expect that, to be honest.”
Testimony this week expanded on accounts that have emerged in the Sept. 11 case of how military prosecutors built death-penalty cases against men who were tortured during secret detention in overseas prisons run by the C.I.A., and then transferred to Guantánamo Bay in 2006 for trial by order of President George W. Bush.
The C.I.A. had a secret role at Guantánamo in the detention and interrogations of the men by F.B.I. and Navy law enforcement agents, including collecting the notes from interrogations, Mr. Elkaliouby said. The C.I.A. required that the interrogators write their accounts of what they learned on agency computers, which were classified.
Before the interrogations started in early 2007, the federal agents were instructed to omit allegations of torture and abuse from what was colloquially called “clean team memos” — and instead write a separate account.
Defense lawyers have said they received copies of those separate accounts among classified documents prosecutors turned over to them in this pretrial phase. But it is impossible to know how the defendants raised the accusations because there are no recordings or transcripts of those interrogations.
Seventeen U.S. sailors were killed in the suicide attack on the Cole during a refueling stop in Aden, Yemen, on Oct. 12, 2000. Although Mr. Nashiri was captured two years later and turned over to U.S. custody, he was not charged until 2011. The case has been mired in pretrial hearings for more than a decade as defense lawyers have struggled to obtain and use information about his torture to disqualify evidence.
They also have argued that Mr. Nashiri, who is now 57 and has been diagnosed by U.S. military doctors as suffering post-traumatic stress disorder, emerged from C.I.A. detention in a state of “learned helplessness,” essentially trained to tell his U.S. captors what he believed they wanted to hear.
He was waterboarded in Thailand in 2002 by psychologists who worked as C.I.A. contractors and was subjected to rectal abuse and threatened with a power drill and a gun during interrogations conducted by C.I.A. agents. For a time in late 2003 and early 2004, he was hidden at Guantánamo Bay in a C.I.A. black site near the prison facilities but out of reach of lawyers and the International Red Cross.
That site is known as Camp Echo 2, and it was where Mr. Nashiri was held in 2004 and then in 2007 for the interrogations that prosecutors consider central to their case.
Earlier Thursday, Bernard E. DeLury Jr., a retired Navy Reserve captain who is now a superior court judge in New Jersey, testified for prosecutors that on March 14, 2007, Mr. Nashiri was “alert,” “present” and not under distress during a hearing to review his status as an enemy combatant.
Judge DeLury presided at the two-hour Combatant Status Review Tribunal, or C.S.R.T., during which, he said, he had “no doubt in my mind” that the prisoner’s participation was knowing and voluntary.
The process prohibited prisoners from having a lawyer, but Mr. Nashiri was assigned a Navy officer to act as a “personal representative,” speak on his behalf and help him respond to the allegations that the military said were sufficient to detain him as, essentially, a prisoner of the war against terrorism.
A defense lawyer, Capt. Brian L. Mizer of the Navy, asked Judge DeLury whether he knew that Mr. Nashiri had told his representative, who was called Lieutenant Commander X in court, that he was “afraid that he would be executed and dismembered at his C.S.R.T.”
Judge DeLury replied: “If he had told me that, I certainly would have explored that with him.” 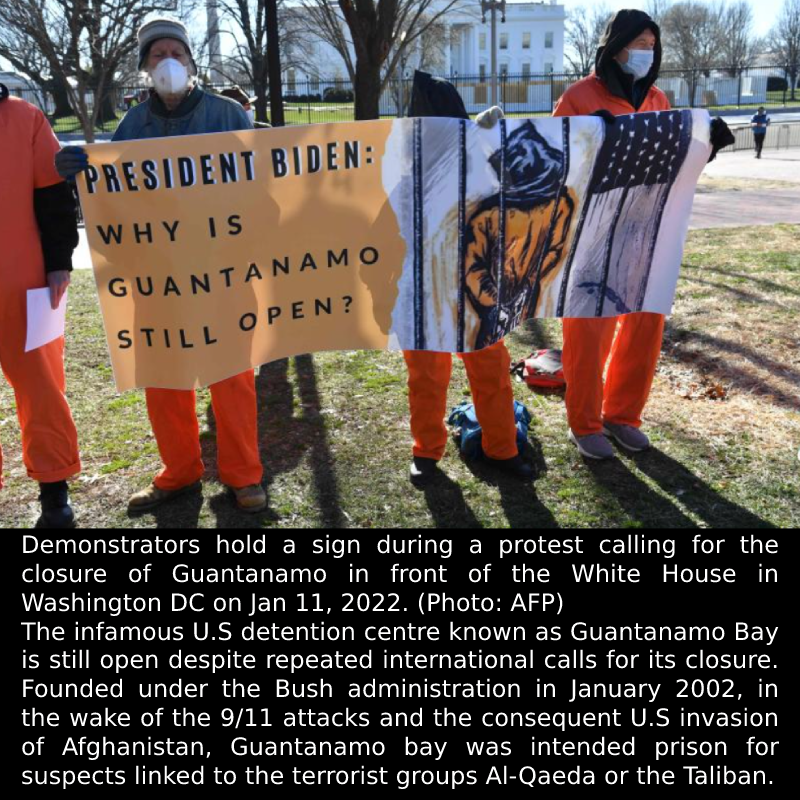 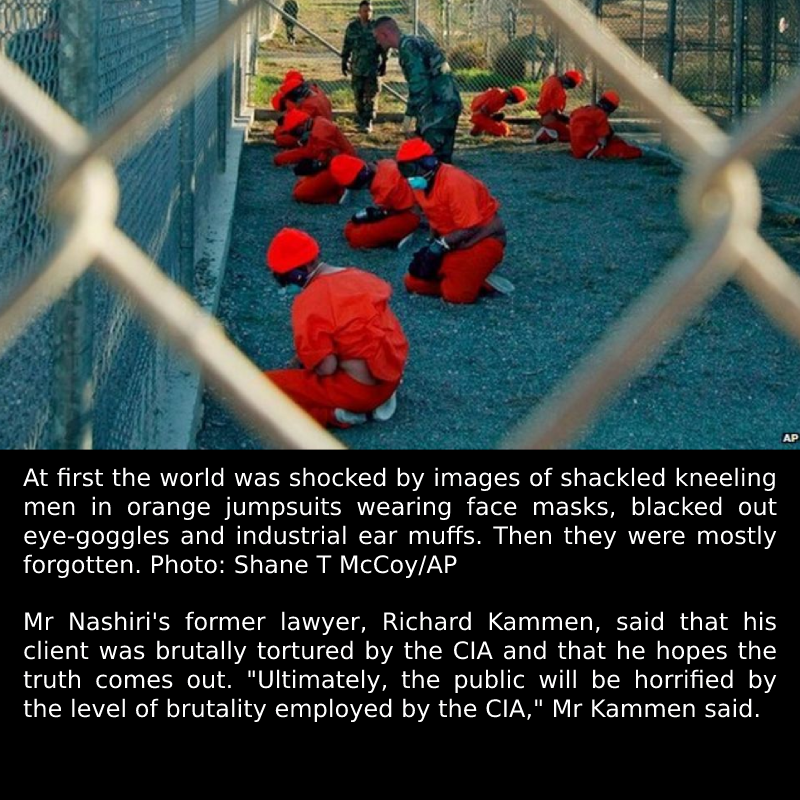 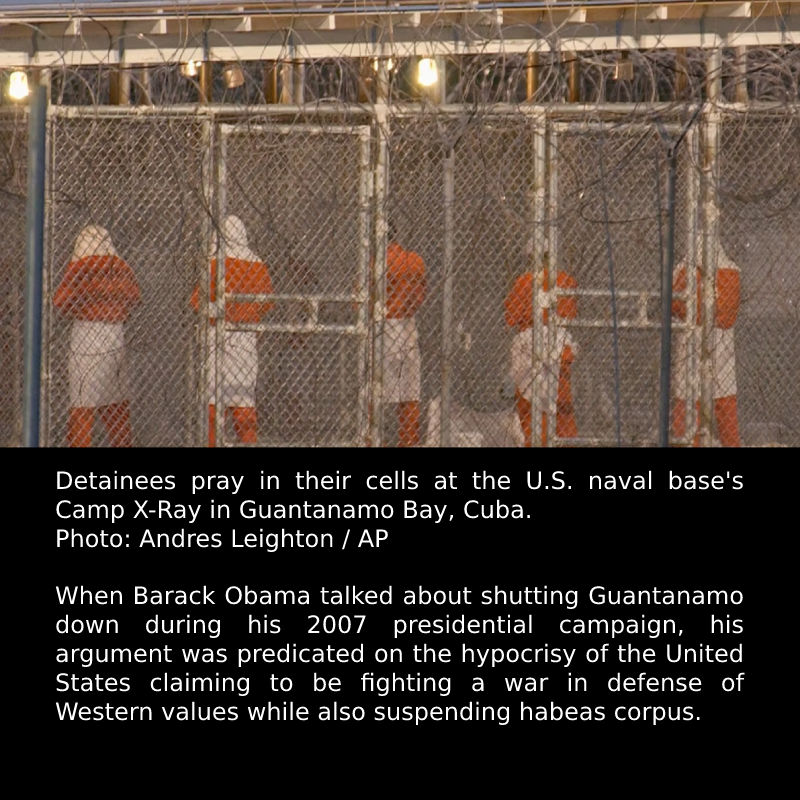 Tags:CriminaliseWarDetentionWithoutTrialEnergisePeaceGuantanamoHumanRightsTortureWarCrimes
previousPalestine has renewed its bid for full membership of the United Nations. #FreeP…
nextGuantánamo Prisoner Said He Was Waterboarded; Agents Omitted It From Memo. The …