Israel-Gaza: How the world reacted to the onslaught. 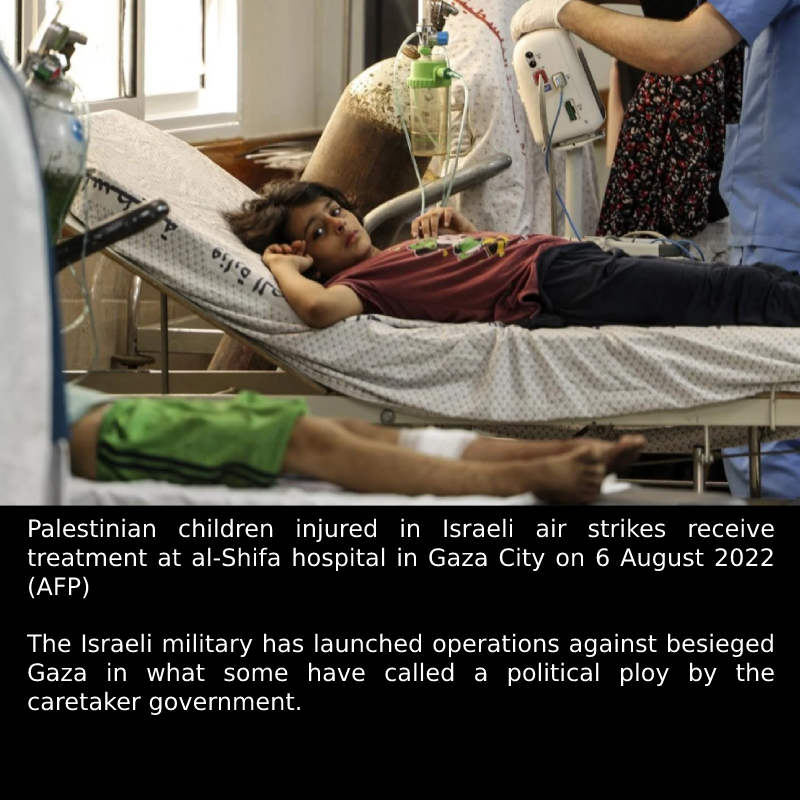 Israel’s allies have stayed silent about the killings of civilians or supported its right to ‘defend itself,’ while others spoke out against the ‘aggression’

The Israeli army announced operation “Breaking Dawn” on Friday, killing one Palestinian member of the Islamic Jihad armed faction, along with 11 other Palestinians, including a five-year-old girl.

The latest round of violence comes just 15 months after Israel’s May 2021 assault on Gaza, which killed 256 Palestinians, including 66 children, while in Israel 13 people were killed by Palestinian rockets, including two children.

Late on Friday, Egyptian mediators were in contact with both Israel and Palestinian groups in Gaza, seeking to bring hostilities to a quick end, according to Egyptian media.

Egypt’s President Abdel Fattah el-Sisi has expressed hope that calm will be restored in the Gaza Strip soon, on the second day of the Israeli onslaught.

Speaking at a military academy event on Saturday, Sisi said his government is trying to play a positive role through contacts with the Palestinian and Israeli sides.

“We are working with our partners to restore peace and stability in the Gaza Strip,” he said.

The Palestinian Islamic Jihad, Israel’s declared target in the operation, said it was not time for truce talks.

Ran Kochav, a spokesperson of the Israeli army, also said Israel is not holding any negotiations and was preparing for the operation to last for a week.

Prior to the operation, Israel had closed all borders in and out of Gaza, which is already suffering from a 15-year blockade that has left the occupied territory starved of medicine and essential commodities.

The UN envoy for the Middle East Peace Process, Tor Wennesland, said he was “deeply concerned” by the escalating violence.

“There can be no justification for any attacks against civilians,” said Wennesland following Israel’s bombardment.

“The progress made in gradually opening Gaza since the end of the May escalation risks being undone, leading to even greater humanitarian needs at a time when global resources are stretched, and international financial support for a renewed humanitarian effort in Gaza will not be easily available.”

Meanwhile, Turkey condemned the air strikes, saying it was “unacceptable that civilians, including children, lose their lives in attack”.

“We are deeply concerned about the rising tension in the region after the attacks. We emphasise the need to end these events before they turn into a new spiral of conflict,” a foreign ministry statement said.

The statement called on the international community “to move urgently to stop the occupation’s repeated attacks against civilians, especially women and children”.

Similarly, the ministry of foreign affairs in Kuwait expressed in the “strongest terms” the country’s “condemnation and denunciation…of the aggression launched by the Israeli occupation forces on Gaza.

“This brutal aggression comes as a continuation of the crimes committed by the occupation forces,” added the Kuwait government, calling Israeli actions a “flagrant violation of the rules of international law.”

Pakistan’s former prime minister Imran Khan accused Israel of seeking to “subjugate” Palestinians through its massive military power to “eliminate” those who want to stand up for their rights and call for an end to Israeli occupation.

Egypt’s Al-Azhar university, one of Sunni Islam’s highest religious authority, also issued a scathing statement condemning the “unreasonable and unacceptable global silence,” which allows Israel to continue its “immoral and barbaric violations of human rights, and its repeated attacks against our innocent Palestinian brothers.”

Israel’s actions “violating human rights, targeting civilians and their homes, usurping their lands and properties, expanding settlements, and changing the historical and legal status of Palestinian cities is a black spot on the record of the international community and humanity,” the Al-Azhar statemented added.

In Northern Ireland, the Irish nationalist party Sinn Fein called on the Irish government to “exert maximum diplomatic and political pressure through the European Union and its role in the UN Security Council in direct response to the latest wave of Israeli aggression against Gaza.”

Sinn Fein, which seeks unification with Ireland and secede from the United Kingdom, became the largest party in Northern Ireland earlier this year and has long supported Palestinianians’ right to self-determination and resistance.

The statement added that Israeli actions represent “systematic violations of international law” and that “A dramatic step change is now urgently required from the international community regarding the actions of the Israeli government. Ritual words of condemnation and calls for cessation of hostilities are no longer tenable or adequate.”

The United Arab Emirates, Bahrain and Morocco, countries that have signed normalisation pacts with Israel since 2020, have refrained from condemning Tel Aviv.

On the other hand, the United States affirmed Israel’s right to defend itself by striking Gaza.

While the European Union has refrained so far from condemning Israel’s attacks, far-right politicians in the continent, like Geert Wilders, praised Tel Aviv for capping off “a very successful week against Islamic terrorists and jihadists”.

“The UK stands by Israel and its right to defend itself,” she tweeted.

“We condemn terrorist groups firing at civilians and violence which has resulted in casualties on both sides.”

“We call for a swift end to the violence.” 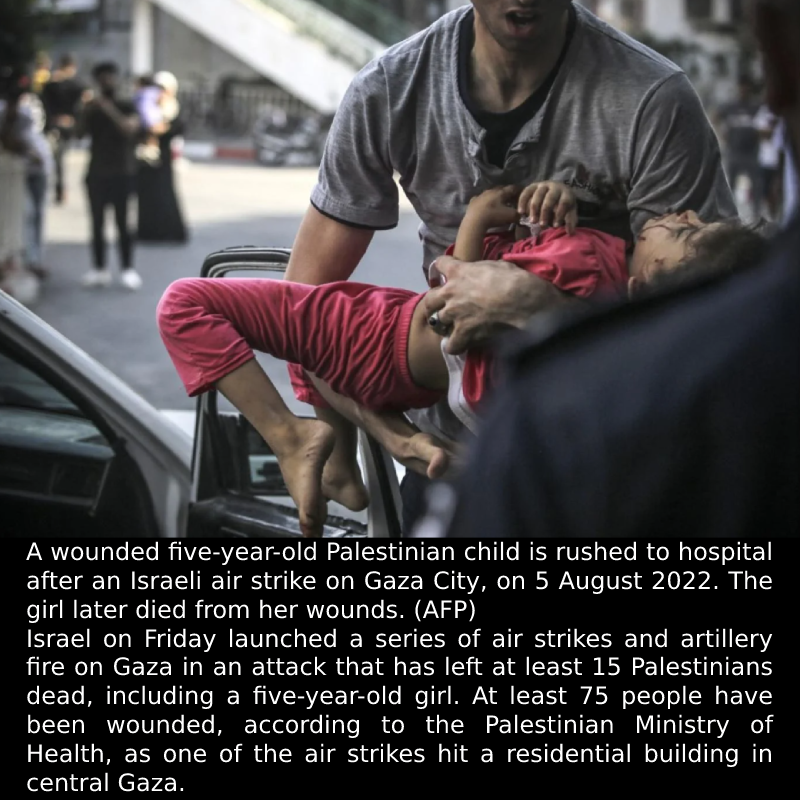 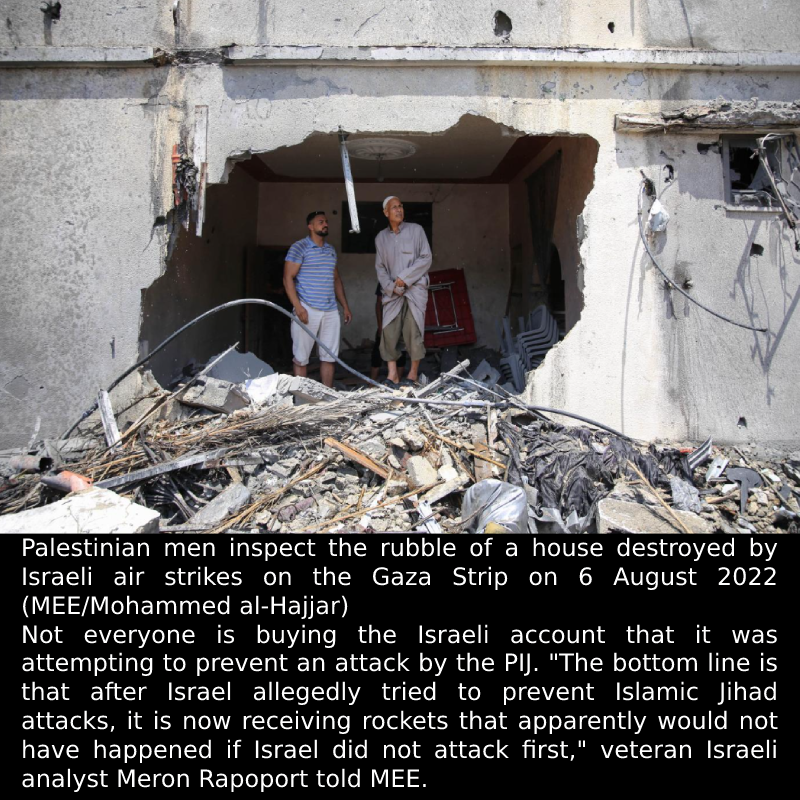 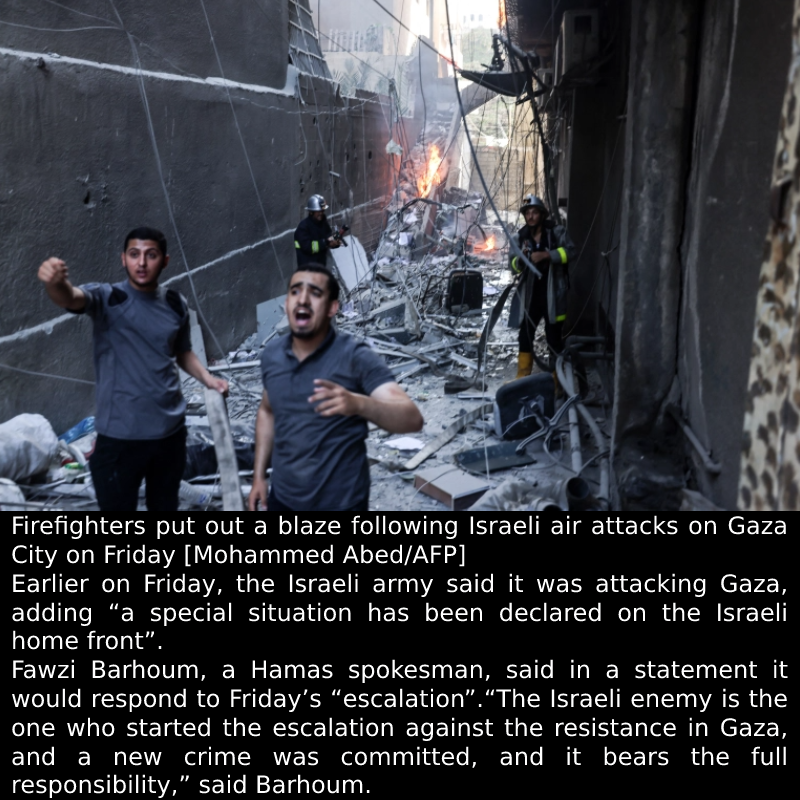 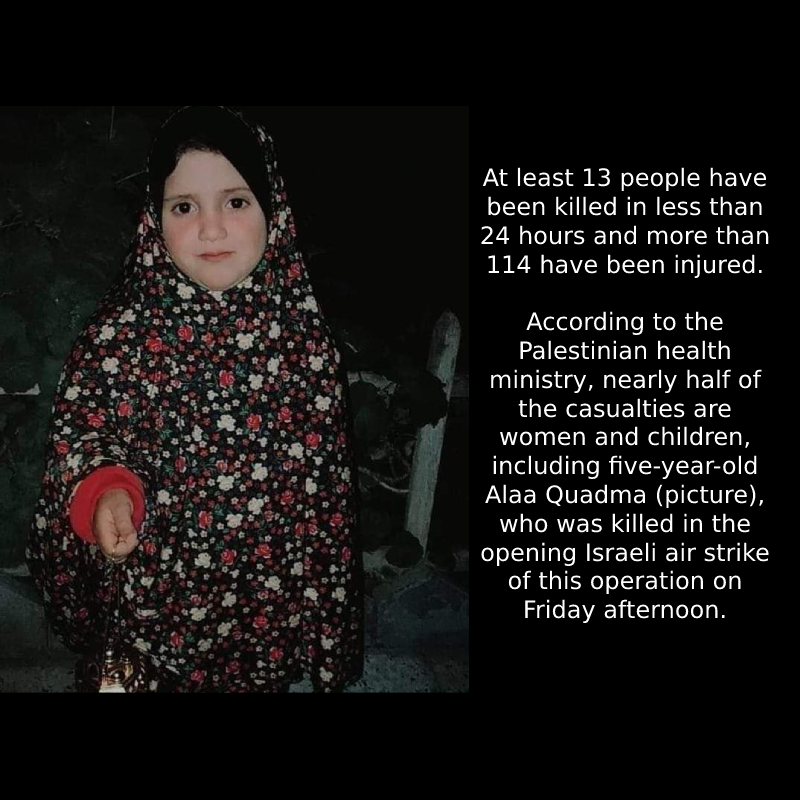 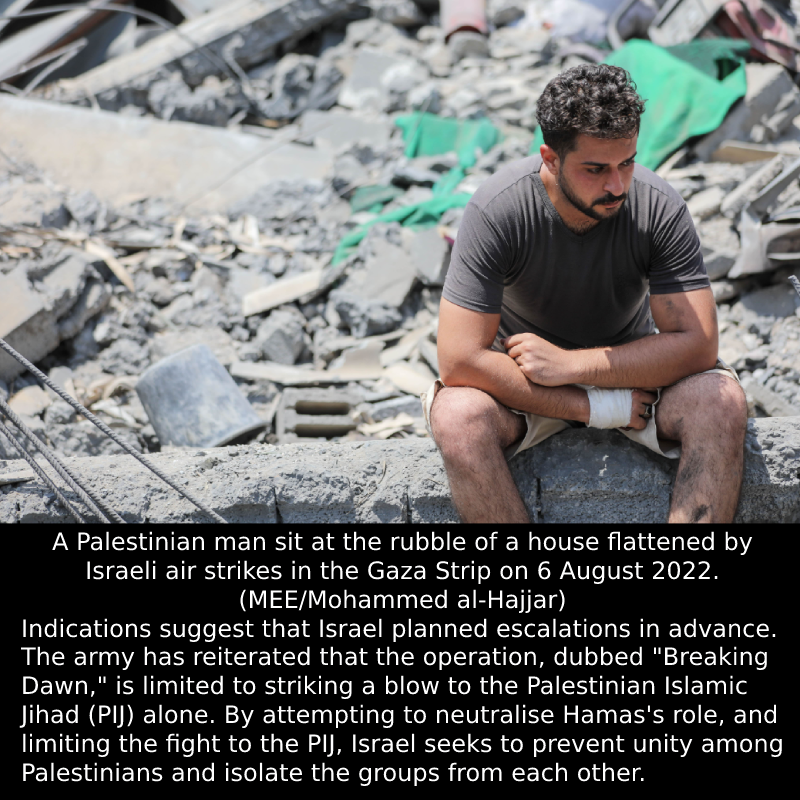 Tags:ApartheidCriminaliseWarEnergisePeaceFreePalestineGazaUnderAttackWarCrimes
previous#GazaUnderAttack Israel on Friday launched a series of airstrikes and artillery…
nextIsrael-Gaza: How the world reacted to the onslaught. READ: #Apartheid #Crimi…