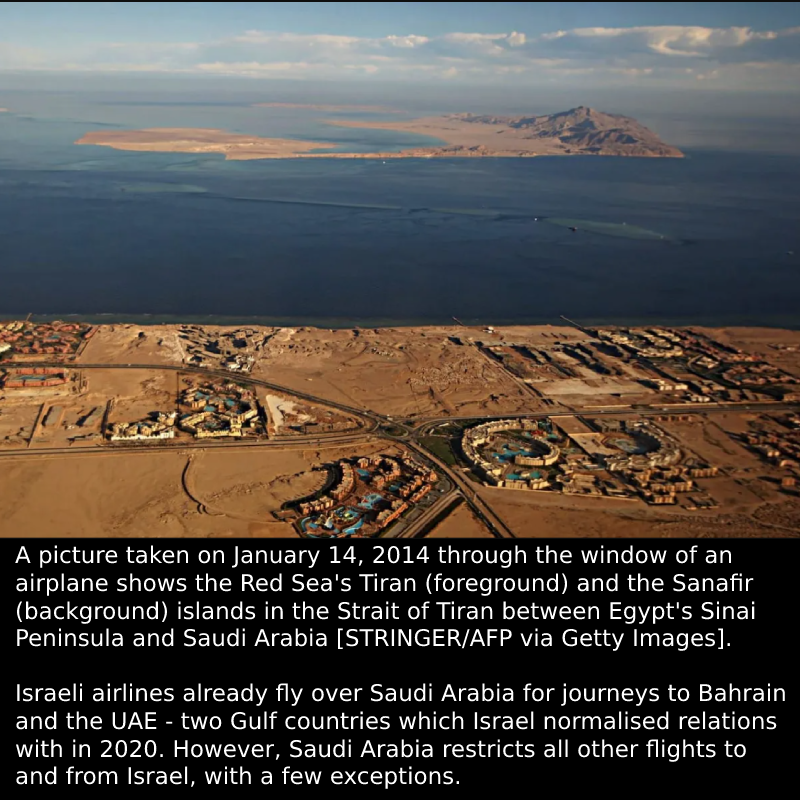 Israel will agree to the transfer of the Sanafir and Tiran islands from Egypt to Saudi Arabia during US President Joe Biden’s visit to the region later this month, in return for Riyadh allowing Israeli planes to use its airspace, Israel Hayom has reported.

According to Israeli media sites, “It is expected that Saudi Arabia will agree to allow Israeli planes to pass through its airspace from the east,” as it “has allowed Israeli planes to pass through its space while heading to the United Arab Emirates (UAE) or Bahrain, as indirect support for the Abraham Accords,” in reference to normalisation deals signed between the occupation state and the two Gulf states. They added “the new permission will shorten the flight time from Israel to the Far East.”

The Israeli forces occupied the two strategic islands in 1949, before the 1979 Israeli-Egyptian peace treaty ruled that they became a demilitarised zone, with a force of US-led multinational observers present. Under the treaty, Israel must approve the hand-over. 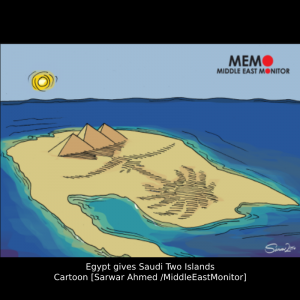 Israel’s i24 news site reported that in return for approving the handover, Israel has asked for a number of guarantees from Saudi Arabia, including guaranteeing freedom of military and civil navigation in the Strait of Tiran which, according to the site, Riyadh agreed to.

Israel has also tried to persuade Saudi Arabia to allow Muslim pilgrims to travel directly from Israel to Makkah, but it has not succeeded, the source added.

“Saudi Arabia is not ready to take this leap that the UAE and Bahrain took. It will take time, it is more slow and more conservative, and it is doubtful that we will witness full relations before the transfer of power from King Salman to his son, Muhammad Bin Salman,” Israeli officials were quoted as saying, however, according to the Israeli officials, “what is currently happening is historical, and may be considered a small step, but it is the beginning of a road trip, and gradually, there will be more steps until the process matures, but in the end this will happen.”

Biden will arrive in Israel next Tuesday, after which he will visit Saudi Arabia for two days where he will meet with leaders of the Arab and Gulf states.

It is reported that they will discuss a number of issues including the formation of s “regional defence alliance“, which would include Israel.