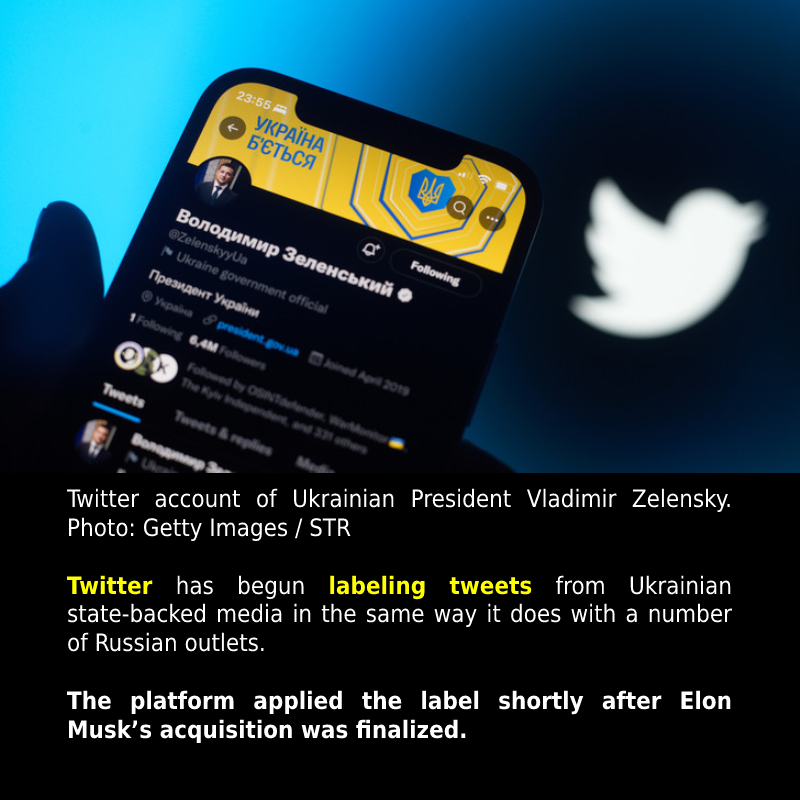 Fresh from its acquisition by billionaire Elon Musk, Twitter has begun labeling tweets from Ukrainian state-backed media in the same way it does with a number of Russian outlets. The labels appeared on accounts like United24.media – a platform set up by Ukrainian President Vladimir Zelensky – starting on Tuesday.

Twitter not only began labeling all tweets linked to Russian state-affiliated media but also reducing their visibility, in February. The policy was announced following the start of Moscow’s military operation in Ukraine.

The platform claimed at the time that it planned to add labels to other countries’ state-backed media, something it has been pledging to do since 2020. While some Chinese and Iranian outlets have been thus labeled, French, British, and American outlets have not, despite being listed as high priority.

Musk, a vocal supporter of the Ukrainian government, nevertheless came under fire from Kiev last month when he proposed a peace deal with Moscow that included Ukraine relinquishing all claims to Crimea and committing to neutrality. 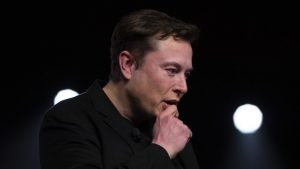 At one point, the billionaire was allegedly included on the notorious Mirotvorets “kill list” after reports surfaced that he was threatening to end free access for the Ukrainian military to his Starlink satellite internet service, if the Pentagon did not cover the cost. The SpaceX CEO has since reassured Kiev that he will not turn off Starlink even if the US government refuses to provide funding.

Musk has not been shy about making changes at Twitter, firing four of its top executives – including CEO Parag Agrawal – and liquidating its entire board of directors earlier this week amid reports he plans to cut the workforce by as much as a quarter. The world’s richest man plans to charge users $8 to receive or keep the coveted blue verification checks of, which will come with higher search rankings, fewer ads, and the option to post long-form video.

Musk paid $44 billion for Twitter last week after months of wrangling with company management over the terms of the deal.