US Wants Pakistan to Turn Back to the Western Fold

Despite Washington repeatedly saying that the US would not interfere in the internal affairs of other countries, the overthrow of Imran Khan from the Pakistani Prime Ministership suggests otherwise if he is to be believed. More alarmingly for Islamabad is that the political instability comes at a time when the Pakistani economy is struggling and Beijing is less willing to mindlessly pour money into the massive China–Pakistan Economic Corridor (CPEC) project. 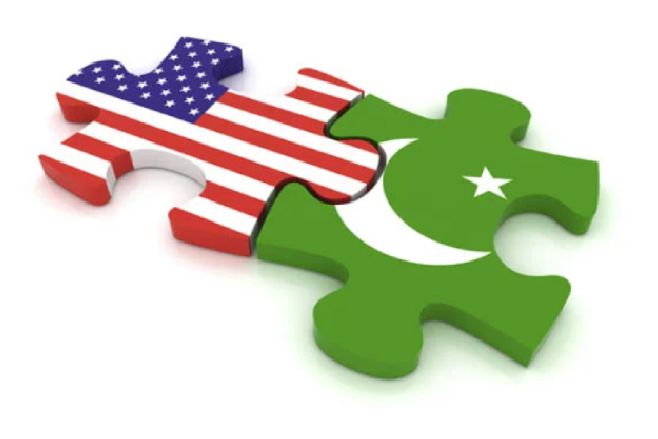 Khan on April 10 became the first prime minister in Pakistan’s history to lose office through a parliamentary no-confidence vote after attempting to dissolve the national assembly in what some described as a “civilian coup.” Following the Supreme Court’s order for the parliament to vote, which finally led to his downfall, Khan blamed the US for toppling his government because of his refusal to cancel his visit to Moscow in late February.

It is for this reason he urged citizens to take to the streets and express their protest, resulting in a series of mass rallies across the country of 220 million people, but also in Australia, the UK, across Europe including Greece, and several countries in the Middle East where large Pakistani communities live.

According to the former Prime Minister, the Pakistani ambassador to Washington reportedly sent a cable detailing the US Bureau of South and Central Asian Affairs Assistant Secretary Donald Lu telling him that relations with Pakistan would not be good so long as the government was led by him. Allegedly the term “impeachment” attributed to Lu is mentioned as many as eight times in the cable.

Pakistan, a traditional partner of the US, was very important to the Americans during their 20-year occupation of Afghanistan. Khan is seen by many Pakistanis as a very charismatic politician and has a hero’s status as a famous cricketer who won the World Cup three decades ago as captain of Pakistan’s national team. He is also a strong campaigner for the Palestinian cause, a critic of Israel and one of the sponsors of a UN resolution against Islamophobia.

However, the greatest resentment held by the Americans was because he visited Russian President Vladimir Putin on the day that the Russian military operation in Ukraine began, even though his trip to Moscow had been planned much earlier. Washington was also furious with Pakistan’s position in the UN vote on a resolution condemning Russia’s operation in Ukraine.

Pakistan’s new head of government Shehbaz Sharif is the younger brother of three-time Prime Minister Nawaz Sharif, who is living in voluntary exile in London after a Pakistani court sentenced him to ten years in prison for corruption. Less than two years ago, Shabazz Sharif himself was investigated for corruption, and he spent time in an investigative prison. As one of his priorities includes “restoring broken ties with the US”, it remains to be seen how he can balance relations with China and Russia, especially at a time when Washington is imposing pressure on those who maintain good relations with both powers.

On the economic front, Pakistan is nearly entirely reliant on China, but traditionally its geopolitical interests are hinged on American backing and support, such as the initial arming and funding of the mujahideen against the Soviet Union. It is recalled that Pakistan was the cradle of the Taliban, in which the Americans relied heavily on to fight the Soviets.

Although Russian President Vladimir Putin managed to turn around a difficult legacy in the relationship between the two countries, and in recent years Pakistan has played a more significant role in Russia’s foreign policy, Islamabad will never be able to topple Moscow’s prioritised relationship with New Delhi. This is expected since Russia and India maintain consistently friendly ties, regardless of which party or leader is in power.

According to Asia Times, Beijing is reluctant to pump new funds until problems faced by Chinese investors are resolved and previous CPEC-related agreements are fully honoured by Pakistan. It comes as on April 18, Pakistan’s Finance Ministry refused to support a supplementary grant of another PKR 50 billion ($270,000,000) for CPEC power projects. This decision comes as China has already halted some of its projects (when Khan was still in power), over differences in cost estimations and contractual disputes with Pakistan.

Pakistan army chief Qamar Javed Bajwa hinted earlier this month that Pakistan’s military has not had a good experience with some of the Chinese military products they have procured and will likely return to favoring American equipment as it “is the best.” He added that the best way for the Americans to fight against Chinese influence in Pakistan is to offer counter-investments, effectively extending an olive branch to Washington at a time when Khan continues his anti-Western crusade.

It is crucial to highlight that the Pakistani military are the real powerbrokers in the country, much more so than the elected figures. It is partially for the reason that Khan was often in opposition to the military that he found himself ousted. With Pakistan seeking a return to favor in Western eyes, it is now offering small tokenistic openings such as publicly announcing issues with CPEC, expressing preference for American military equipment, and installing a much more Western-friendly Prime Minister.

How this will directly affect Islamabad’s relations with Moscow and Beijing remains to be seen, but it appears for now that Pakistan is returning to the Western fold.

The original source of this article is Global Research.
previousIsrael started bombing Gaza about 7 hours ago. #FreePalestine #CriminaliseWar #E…
nextUS Wants Pakistan to Turn Back to the Western Fold Despite Washington repeatedl…