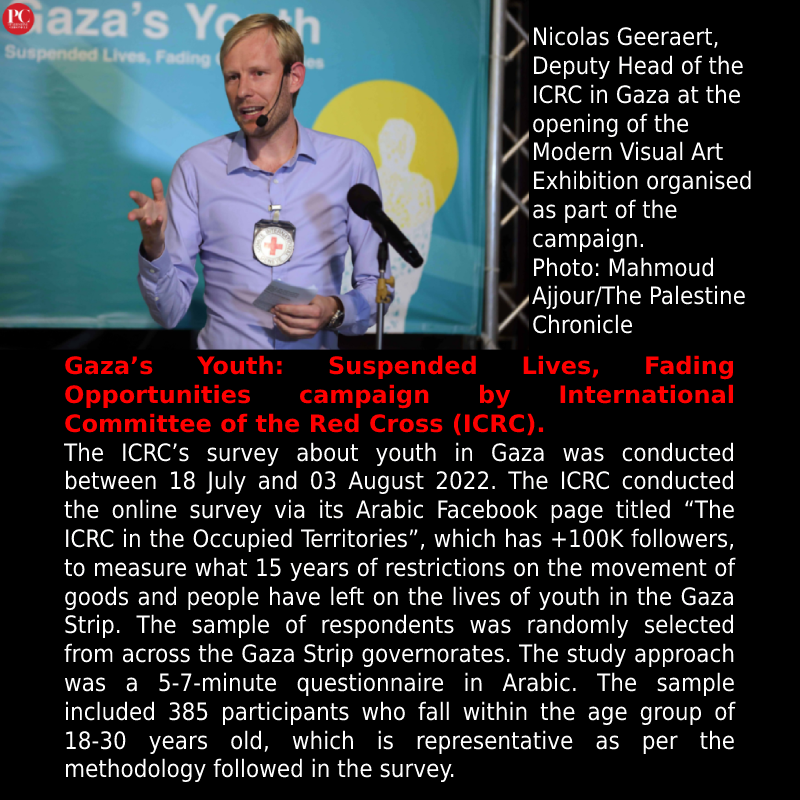 The exhibition is part of a larger campaign entitled “Gaza’s Youth: Suspended Lives, Fading Opportunities”, which aims at raising awareness of the impact of the Israeli siege on the impoverished Gaza Strip, especially on the region’s youth.

The Palestine Chronicle was present at the inauguration and interviewed Nicolas Geeraert,  deputy head of the ICRC in Gaza, who spoke about the objective of the campaign and ICRC’s current focus in the region.

Geeraert explained that the ICRC recently conducted a survey, with the objective of measuring the impact of the closure on the lives of youth in Gaza.

“The results of the survey,” he said, “are that 9 out of 10 youth believe that they live an abnormal life in Gaza, because of the closure, with multiple negative impacts on their economic life, their social life, their health and their mental health.”

“And when they work,”  Geeraert said, “they work in precarious jobs, often underpaid and beneath their qualifications.”

The survey also reflects how the youth in Gaza perceive their future.

“There again, the picture is grim,” Geeraert said.

“A majority of the youth believe that the challenges that they face now will continue in the next future, which will therefore be marked by economic hardship, more military escalations and movement restrictions.” 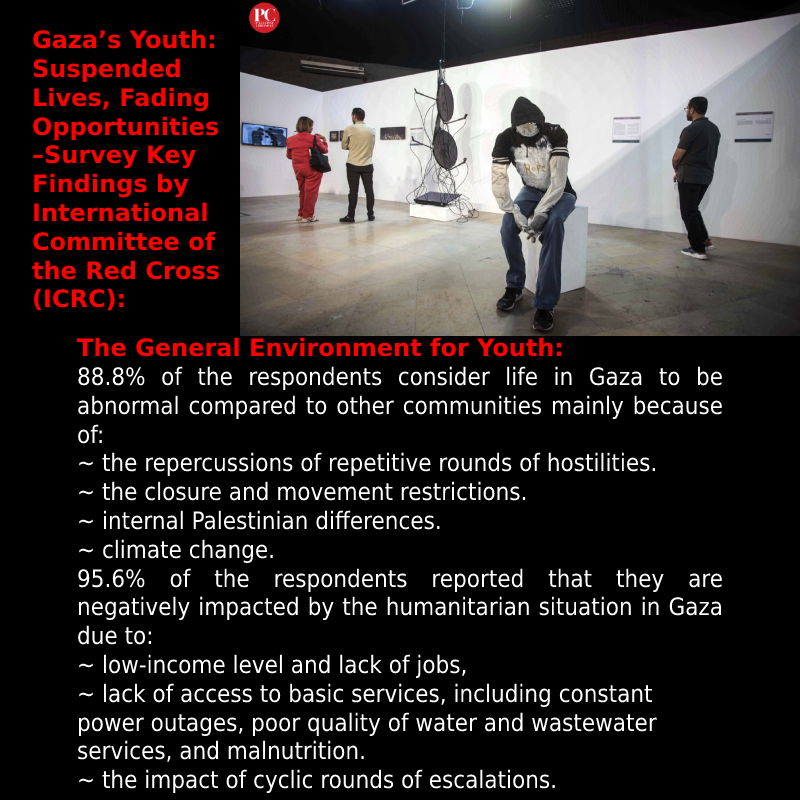 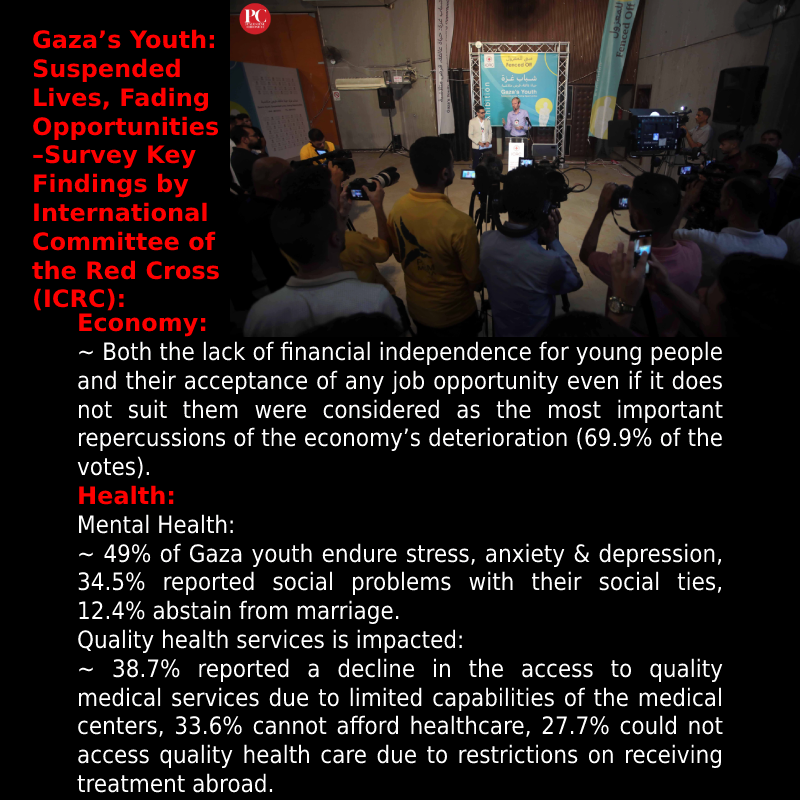 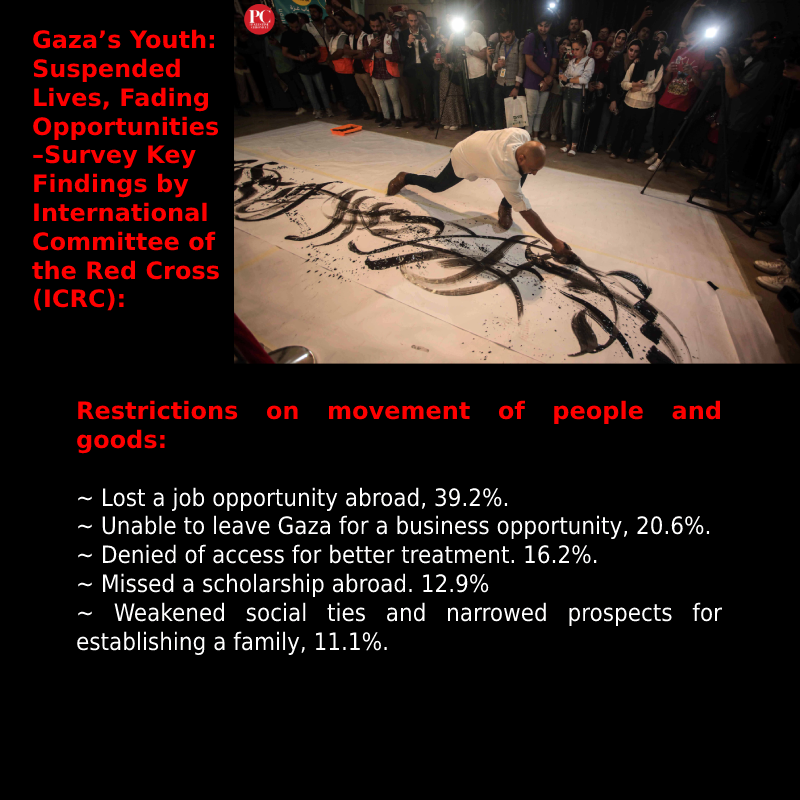 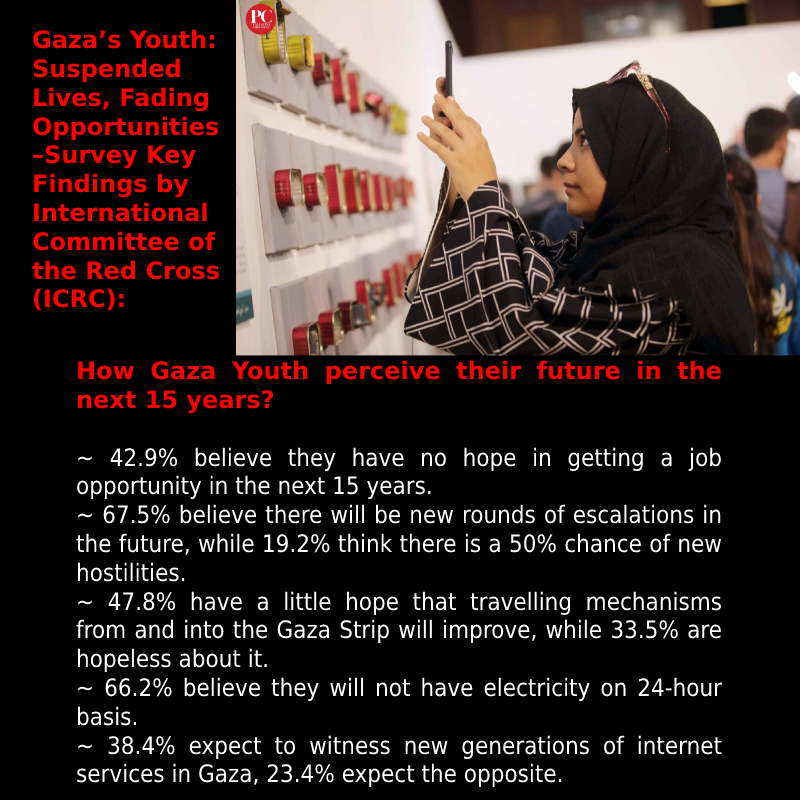