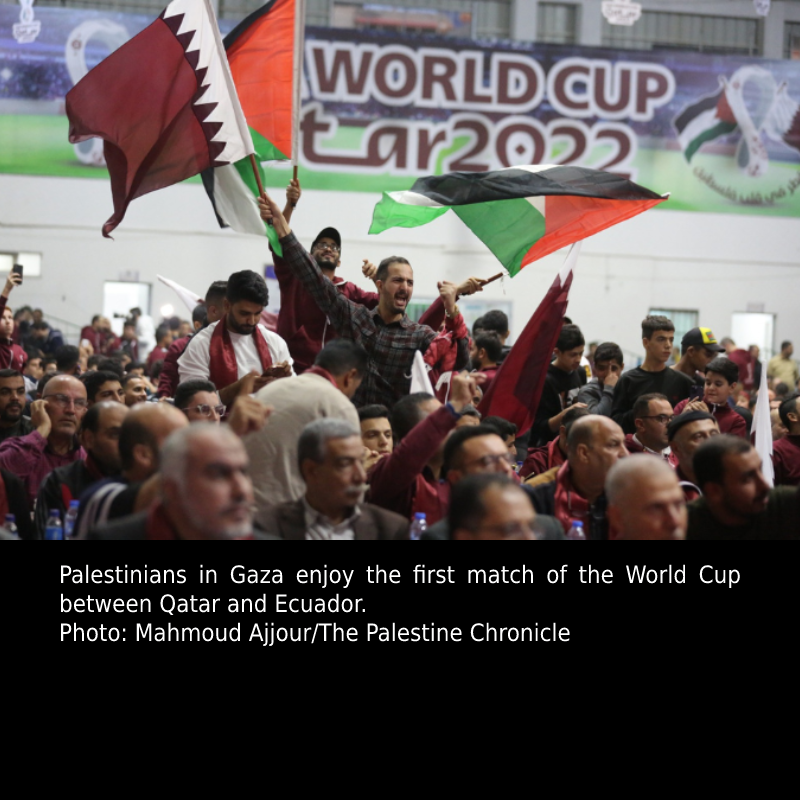 Even seventy-four years after the Nakba, its repercussions and effects still remain, and sympathy for the Palestinian cause continues to exist. In spite of the dire economic and political conditions in the Arab world, the normalization of few Arab states with Israel, and Israel’s attempts to disengage Arabs from their support for Palestine, this sympathy persists.

Arabs have considered the Palestinian issue to be a central issue since 1948. In the wake of the Nakba (catastrophe of 1948), Arab people experienced devastating psychological and sentimental effects. There were many initiatives taken by Arab nations, and a number of decisions were made in opposition to Israeli practices. In addition, support was provided at all levels, including political, military, financial, educational, cultural, and sporting levels.

Today, we observe Arab athletes refusing to meet with their Israeli counterparts at a time when Palestinians suffering from the occupation. They declare their support for the Palestinian cause and denounce the oppression and repression of their Palestinian brothers. To support the Palestinian cause, some even lost the opportunity to win medals. Moreover, some athletes were forced to give up their athletic careers. Finally, this reluctance to meet Israeli athletes is a demonstration of support for the Boycott, Divestment, and Sanctions movement BDS – a Palestinian-led movement encouraging non-violent pressure on Israel until it complies with international law.

‘We are all #Palestinian’: Fans Show #Solidarity with Palestine ahead of World Cup in #Qatar (VIDEOS) #Qatar2022 https://t.co/WCormYqU4H via @PalestineChron pic.twitter.com/ms3GmmXIE2

In solidarity with Palestine, Arab activists praised Kuwaiti player Mohammed Al-Otaibi’s refusal to face an Israeli opponent in the World Karate League. The Lebanese marshal fighter Charbel Abu Daher withdrew from the mixed martial arts championship in protest of any normalization with Israel. Though it is prohibited for athletes to take a political position on the field of play under Article 50 of the Olympic Charter, Algerian judoka Fathi Norine announced his official withdrawal from the Tokyo Olympic Games. After being drawn against an Israeli player in the lottery, he preferred a boycott over normalization. In a similar manner, Sudanese judoka, Mohamed Abdel Rasoul, refused to face the Israeli, Potbol Tahar.

At the same time, due to the duplicity of the West and the support of the European teams for Ukraine, Arab fans demanded that Qatar, Saudi Arabia, Tunisia, and Morocco wear “Palestine armbands” during the FIFA World Cup in Qatar. The organization of this great celebrated tournament in Qatar confirmed the centrality and roots of the Palestinian cause in Arab political and national consciousness.

We are calling on all the fans of Palestine and its national football team to use the hashtag #SpotPalestine whenever a Palestinian flag is spotted anytime during the #WorldcupQatar2022 .

Throughout the mid-twenties and beginning of the forties, there were some sports matches between Zionist teams and teams from Arab countries, including Egypt and Lebanon, which were a result of the weakness of Arab sports and the growth of Jewish sports. It should be noted, however, that after the Palestine Sports Federation was restored in 1944 (founded in 1931), many Arab sports teams and federations understood the just cause of Palestine and the nature of the conflict in the Palestinian sports arena. As a result, Arab teams strengthened their relations with Palestinian Arab teams and limited their engagement with Zionist teams and athletes who were using sports as part of their ideological agenda to build their National Home in Palestine.

It was not by chance that Palestine participated in the first Pan-Arab Games in 1953 and the third in 1961. It has only been a short time since the Nakba and its tragic-catastrophic consequences. Palestine’s participation in these games is attributed to the Egyptian and Arab support at that time when Gaza Sector was under the Egyptian administration.

Prior to the Nakba, Palestinian sports had reached a high-level thanks to the efforts of the Palestinian Sports Federation, which was reconstituted in 1944. As a result of that period and before, many athletes reached the level of qualification to compete in the Pan Arab Games (in football, boxing, wrestling, and weightlifting). After the Nakba, many of them moved to Gaza, where they made a significant contribution to the development of sports there.

Those Palestinian athletes who fled to Arab countries were welcomed there, as their potential and skills were of benefit to them. Many athletes have taken part in the diaspora’s sports activities, including football, boxing, weightlifting, and wrestling.

After 1948, Jabra Al-Zarqa who played with Shabab al-Arab in Haifa (founded in 1934) moved to Jordan and played for the Jordanian Al-Ahli Club, winning the league championship as a result. He then joined the Syrian Army Police, which was at the forefront of the teams until Jabra retired in 1960.

Ibrahim Nusseibeh, a sports activist and referee, has also been assigned to the Jordanian Ministry of Education as a supervisor of physical education. Adeeb Al-Dasouki, a renowned boxer, was appointed as a physical education teacher and trainer at the Baghdad Teacher’s College in 1949. Coaching a boxing team at the Arab level, he achieved great success as a coach. He moved permanently to Jordan in 1955 and re-formed his boxing club, which produced many prominent boxers.

In fact, Arab sympathy and support for Palestine had a very strong impact on Palestinians’ participation at the Arab level, giving them a chance to highlight their national identity at the Arab level, while at the same time consolidating friendships and brotherhoods with Arab athletes. These participations also provided Palestinian teams with a strong stimulus in which to demonstrate and refine their abilities. Additionally, they offered training and evaluation opportunities.

The Palestinian Body: A Pillar of #Existence and #Resistance - https://t.co/XfVRotxLUV #Palestine pic.twitter.com/B2MV0EEzRR

There is a well-known fact that the Palestinian Football Association has applied several times for membership to FIFA and in one instance in 1979, its application failed due to the issue of headquarters. The communication and follow-up continued via the Arab Football Association, which resolved many problems and obstacles to the admission of PFA to FIFA, including the approval of one of the Arab countries to have the PFA on its land and to have its own stadium. In 1989, Iraq agreed to have Palestine Football Association’s headquarters in Baghdad, in addition to having its own stadium and league.

Palestine Cup Tournament was organized in Baghdad in 1970, Libya in 1973, and Tunisia in 1975 in solidarity with Palestine. In 1983 and 1985, a youth tournament called the Palestine Youth Cup was held in Morocco, and in 1989, it took place in Baghdad. Tunisia was the host of the 1988 Intifada Championship, attended by the Palestinian national team. The purpose behind these tournaments was to support the Palestinian resistance and define the Palestinian cause.

Since the third Pan Arab Games in Morocco in 1961, Palestine has participated in all the games until the twelfth in Qatar in 2011. Hundreds of Palestinian-Arab sports events and meetings have taken place in the Arab sports arena, characterized by fraternal solidarity. For Palestine, these meetings were like solidarity festivals. No matter what ideological and political differences existed among Arab nations, sport has always brought athletes together and sustained their national bonds.

In the end, Palestine’s presence in Arab sports is not just about events and results. Rather, it refers to Palestine’s place in the Arab people’s national consciousness and conscience. 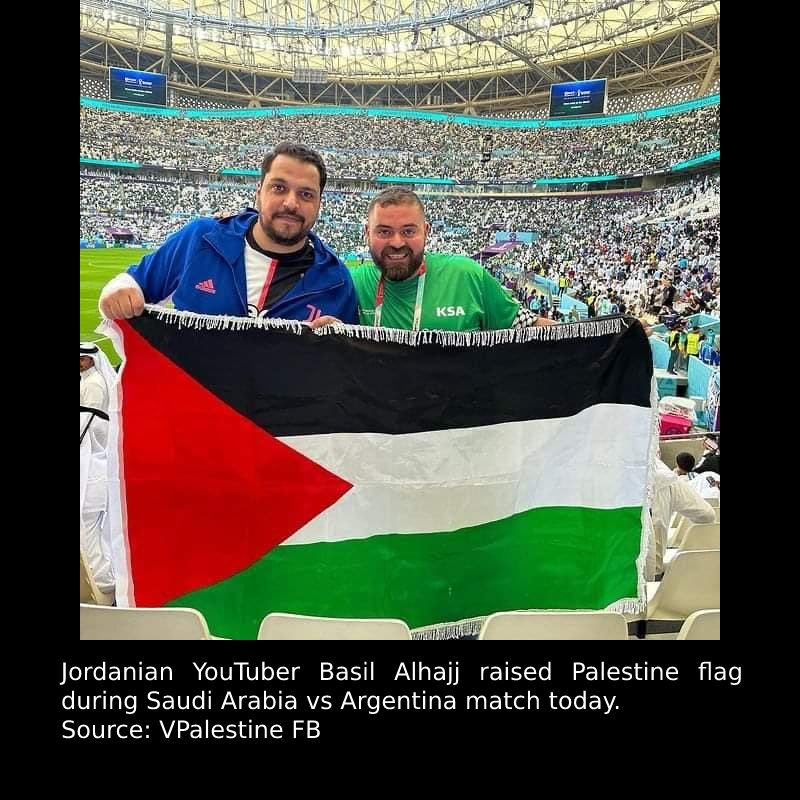 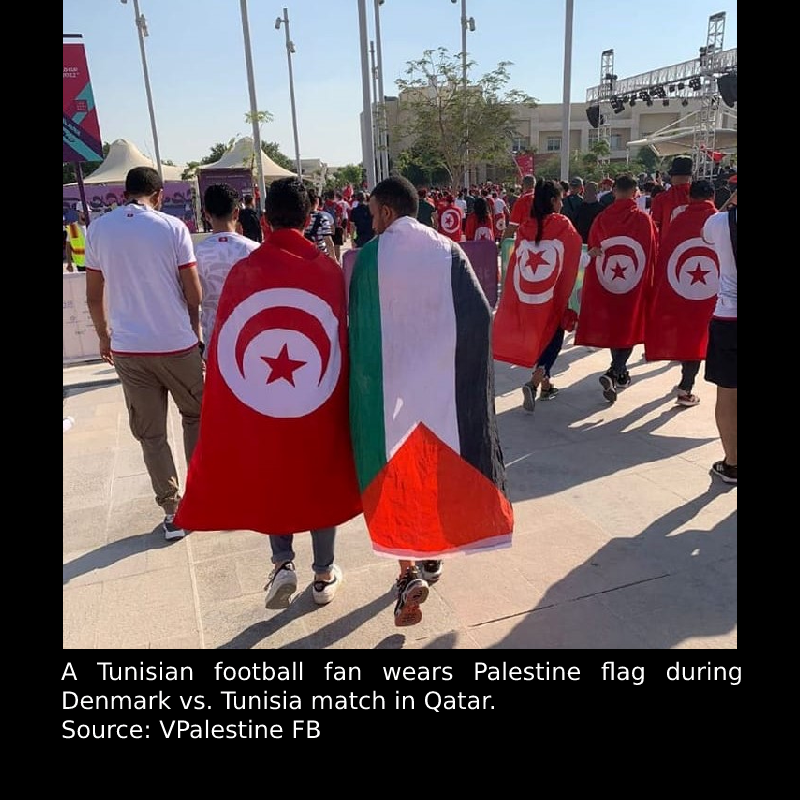 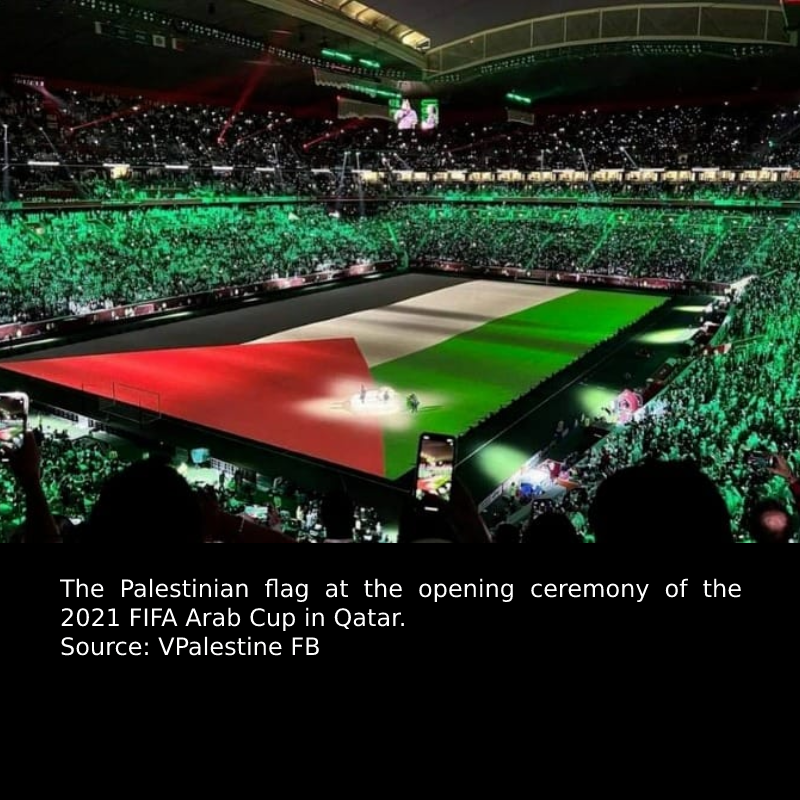 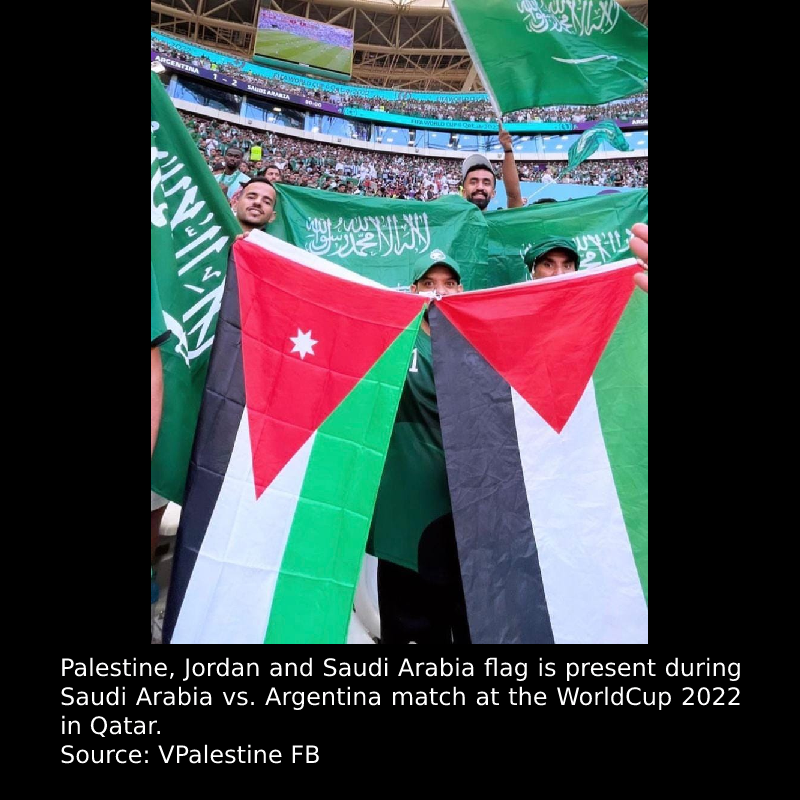 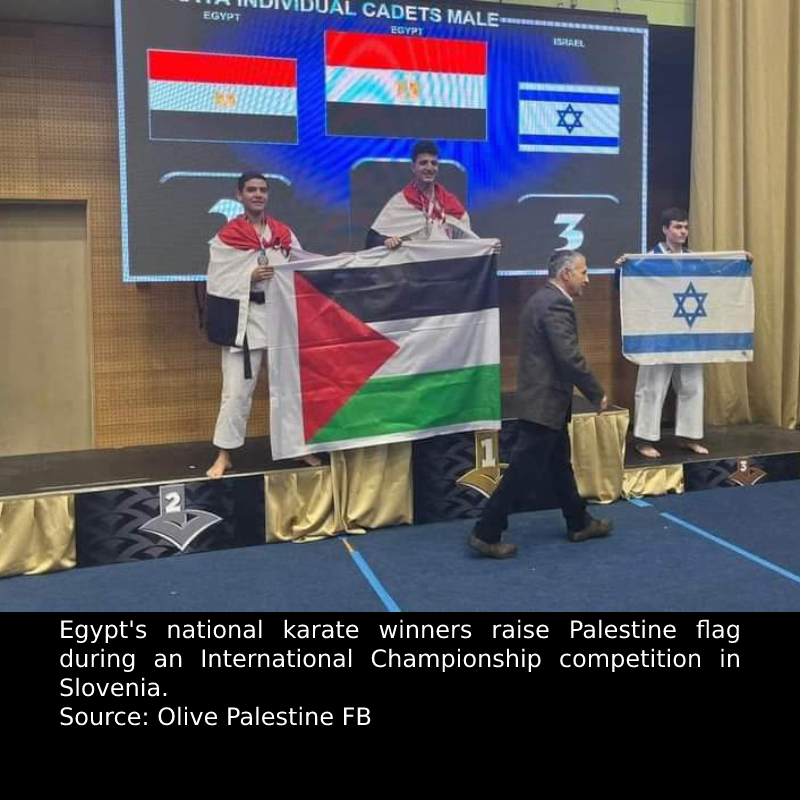