Israeli army murdering Palestinians and injuring dozens during raids in Palestinian camps throughout West Bank half way through September.

The Israeli army has been conducting near-daily raids in the West Bank since the start of the year during which around 100 Palestinians have been killed, according to the Palestinian health ministry.

Aside from the killings, the army conducted demolition of Palestinian buildings which involve building complexes housing multiple families. 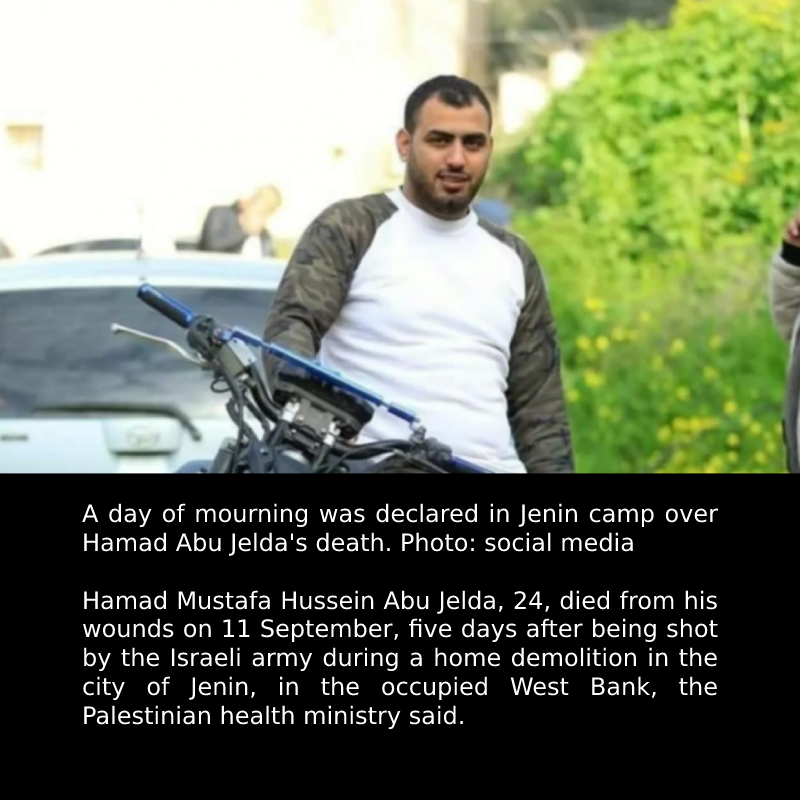 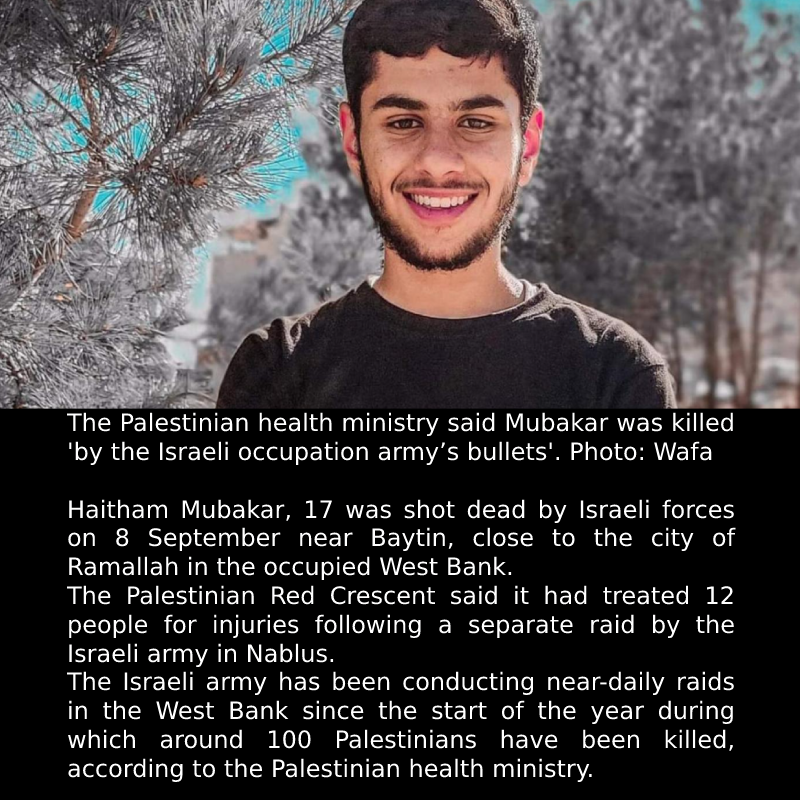 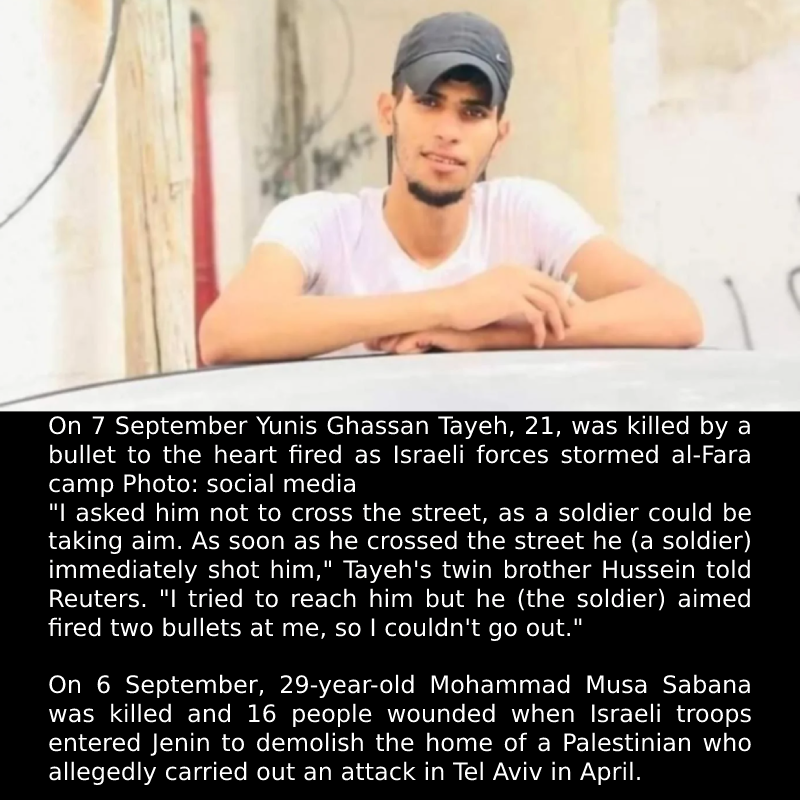 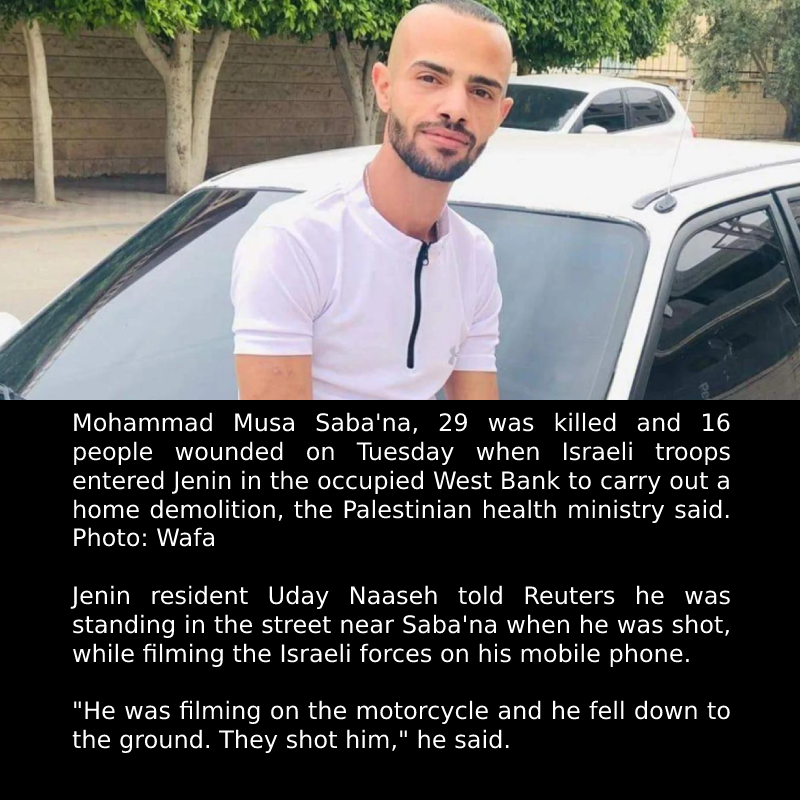 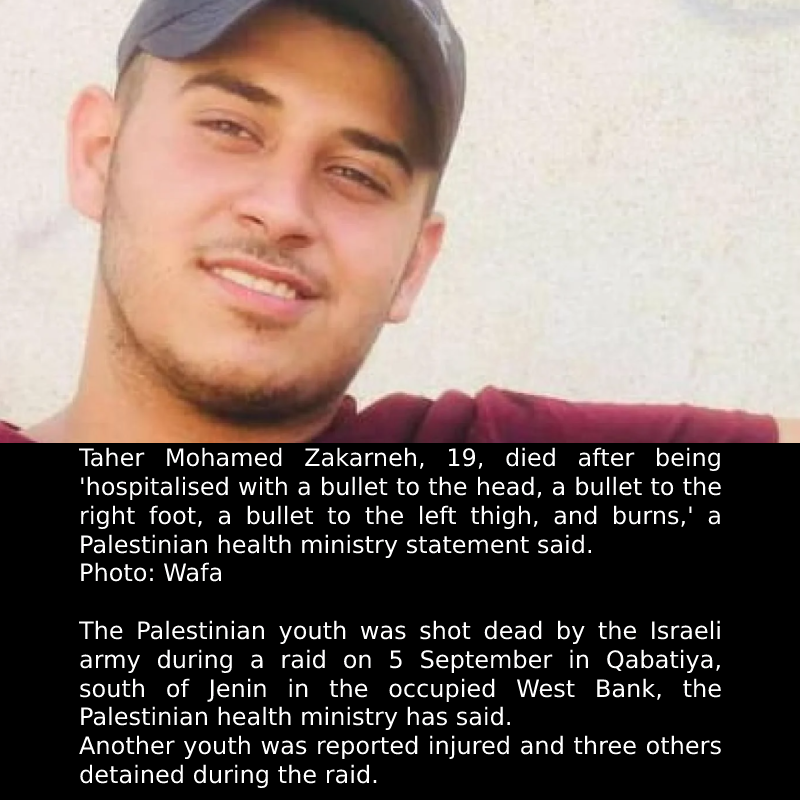