By Jan Yumul in Hong Kong. 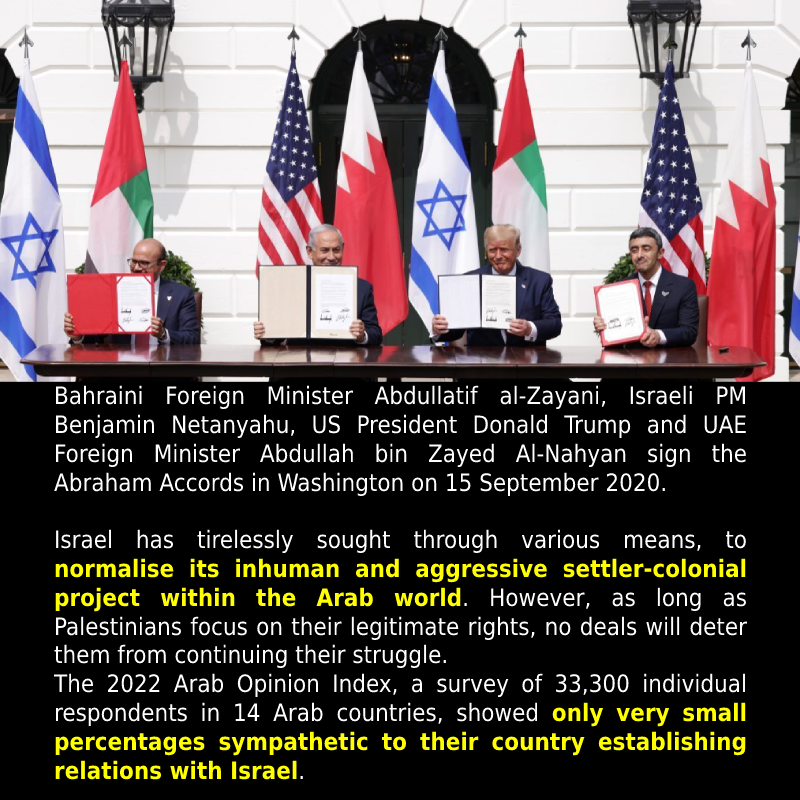 Turns for the worse can be prevented if Israel ‘plays its cards well’, analysts say.

With Israel’s far-right coalition government in place, prospects for peace between Palestinians and Israelis are looking even shakier this year, while efforts to broaden Arab-Israeli normalization on the diplomatic front could be strained.

But any turns for the worse can be prevented, and tensions reduced, if Israel “plays its cards well”, according to analysts.

On Tuesday, the Organization of Islamic Cooperation, headquartered in Jeddah, Saudi Arabia, held a meeting “condemning in the strongest terms” the Jan 3 visit of a senior Israeli official to the Al-Aqsa Mosque compound in Jerusalem.

Just days after Benjamin Netanyahu was sworn into his sixth term as Israel’s prime minister on Dec 29, the visit of Israeli National Security Minister Itamar Ben-Gvir to the compound of the mosque in East Jerusalem sparked widespread condemnation within Arab communities and farther afield.

In its communique, the OIC urged the United Nations Security Council to assume its responsibilities and “act urgently to take the necessary measures, without selectivity or double standards”.

It also called for the imposition of “sanctions on the Israeli minister who assaulted the sanctity of the blessed Al-Aqsa Mosque”.

The organization appealed to clergy, authorities and religious institutions globally “to adopt a position calling for an end to these violations and to affirm that preserving the existing historical and legal status preserves the special religious and historical status of the city of Al-Quds”.

The United Arab Emirates, with which Israel normalized ties through the United States-brokered Abraham Accords in September 2020, Saudi Arabia, Egypt, Jordan and Turkiye have issued statements denouncing the move. Netanyahu, who was supposed to visit the UAE on Sunday, was forced to postpone his trip to February over the furor, Israeli media reported.

The Israeli Prime Minister’s Office issued a statement saying Netanyahu is “committed to strictly maintaining the status quo, without changes, on the Temple Mount” and said the claim that a change has been made in the status quo “is without foundation”.

Ayman Yousef, a professor of international relations at the Arab American University in Jenin in the West Bank, told China Daily that the visit by Ben-Gvir to Al-Aqsa “came as a kind of incursion and infiltration”.

“I think Netanyahu’s attempt at this stage is to contain the ideological aspirations and ideological component of Ben-Gvir and he is going to rationalize with him,” said Yousef.

In a long-standing status quo, the Al-Aqsa compound only allows Muslim worship at the site as it is Islam’s third-holiest after Mecca and Medina. The site is also called Temple Mount by the Jews, the holiest site in Judaism.

Muslim Imran, director at Malaysia-based think tank the Asia Middle East Center for Research and Dialogue, told China Daily that Netanyahu’s return will further polarize Israeli society, especially with a government that is composed of “ultranationalist and ultrareligious groups”.

This could mean more tensions, which are likely to have an impact on the Palestinians and regional affairs, he said.

“But the more clear repercussion or impact of Netanyahu’s return will be on regional politics. I do believe that Netanyahu, being the main initiator of the recent normalization campaign, with the backing of course of former US president Donald Trump, will try to bring back the normalization agenda to the table,” said Imran.

He cited Netanyahu’s efforts to reach out to Arab countries and the preparation for the upcoming Negev Forum in Morocco in the spring.

“I believe that Netanyahu might have logic as well as rational wisdom to convince his fellow ministers to be aligned with broader political outlines because Netanyahu might try to normalize further with Muslim countries,” said Yousef from the West Bank.

“I think Israel, if they play their political cards well, will have more normal relations with many Arab countries,” said Yousef.