Saudi Arabia opens airspace to all flights, including Israeli carriers. 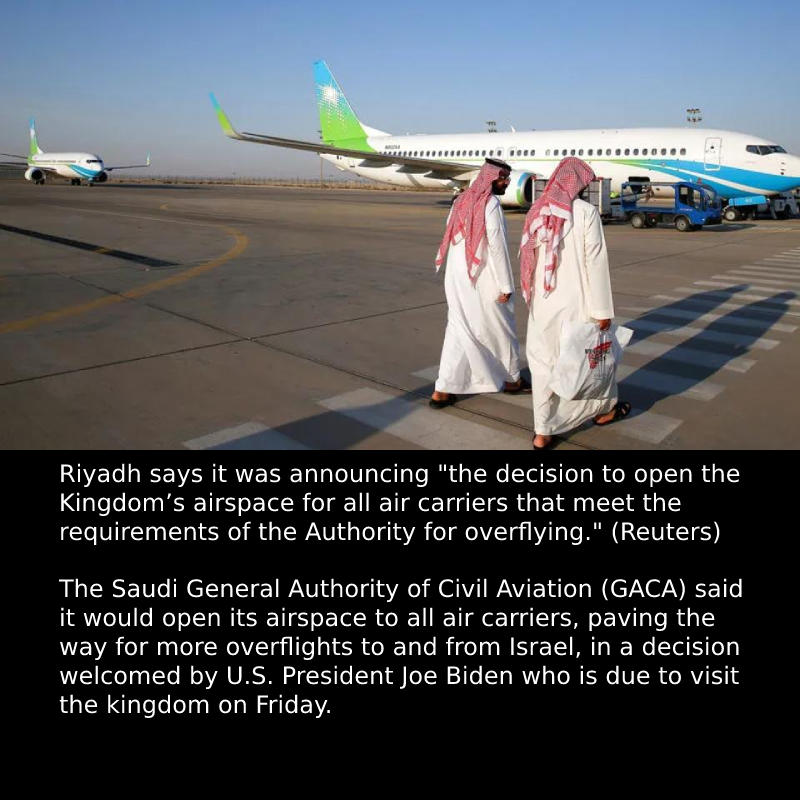 Riyadh says airspace is open to “all air carriers,” ending ban on Israeli flights overflying the Arab country — a decision that comes after Israeli officials said Tel Aviv has no objections to Egypt handing over two Red Sea islands to Saudi Arabia.

Saudi Arabia has opened its airspace to “all air carriers,” signalling the end of its longstanding ban on Israeli flights overflying its territory, as US President Joe Biden visits the region.

In a statement on Friday posted to Twitter hours before Biden is set to become the first US leader to fly directly from Israel to the kingdom, Saudi Arabia’s General Authority of Civil Aviation (GACA) said it was announcing “the decision to open the Kingdom’s airspace for all air carriers that meet the requirements of the Authority for overflying.”

The decision is “to complement the efforts aimed at consolidating the Kingdom’s position as a global hub connecting three continents and to enhance international air connectivity,” GACA said.

“President Biden welcomes and commends the historic decision by the leadership of Saudi Arabia to open Saudi airspace to all civilian carriers without discrimination, a decision that includes flights to and from Israel,” that statement said.

The Saudi announcement came after Israeli high-ranking officials said the country does not have any objections to strategic two islands being transferred to Saudi Arabia in the Red Sea.

The islands of Tiran and Sanafir, which can be used to control access to the Israeli port of Eilat, are currently in Egypt’s possession, but Cairo agreed years ago to hand them over to Riyadh in exchange for financial support.

Under the terms of Israel’s 1979 peace agreement with Egypt, however, Tel Aviv must sign off on the intended handover.

In the night of Thursday to Friday, high-ranking officials who wished to remain anonymous, cited by the AFP news agency said Israel had “no objection” to Egypt handing over the islands to Saudi Arabia, confirming earlier Israeli media reports.

On Thursday, a US official told Reuters news agency that Saudi Arabia will soon allow unfettered over flight to Israeli airlines and permit direct charter flights from Israel for Muslims participating in the annual Haj pilgrimage in Mecca.

Israel hopes Biden’s Middle East tour will hail the start of diplomatic ties between it and Saudi Arabia.

After meeting Israeli officials on Wednesday and Thursday, Biden will fly to Saudi Arabia on Air Force One’s first publicly acknowledged direct flight between both countries.

A senior Israeli official on Tuesday said Israel hoped for a “start of the process of normalisation” with Saudi Arabia.

Israel expanded its regional reach with US backing in 2020, when it formalised ties with the United Arab Emirates, Bahrain and Morocco.

In January 2021, Sudan’s transitional government also agreed to do so, but Khartoum has yet to finalise the deal.

Such diplomatic breakthroughs came decades after Israel’s peace accord with Jordan, in 1994, and the 1979 agreement with Egypt. 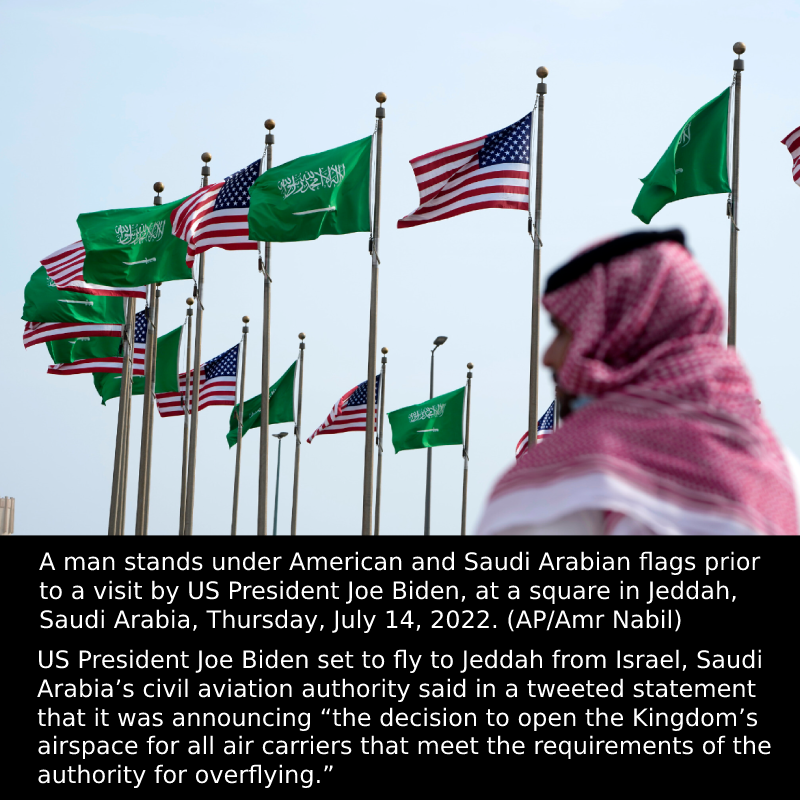 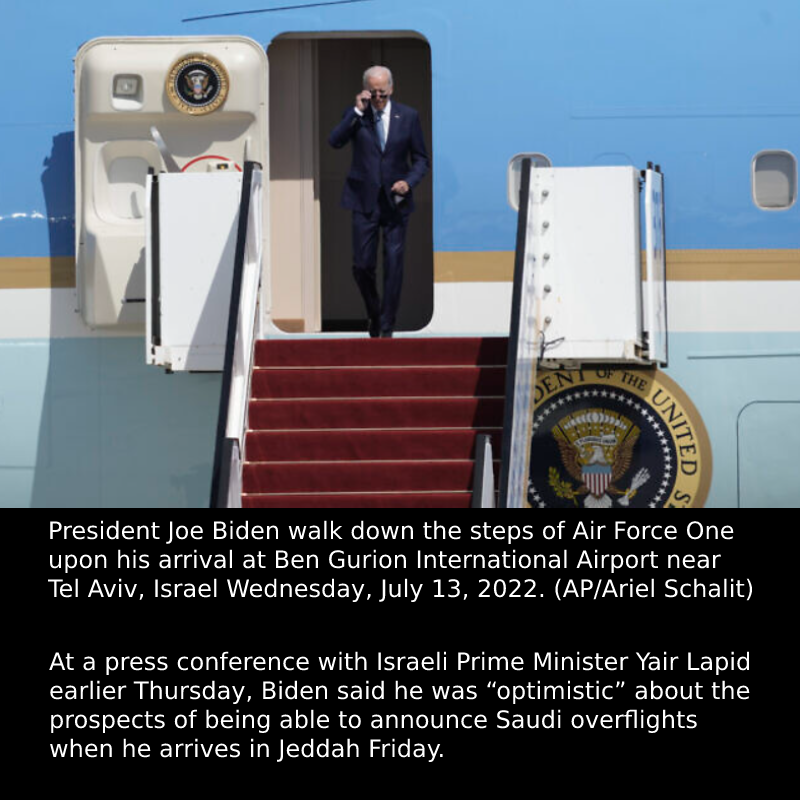