Symbolic but significant, the decision to investigate Abu Akleh’s murder is unprecedented 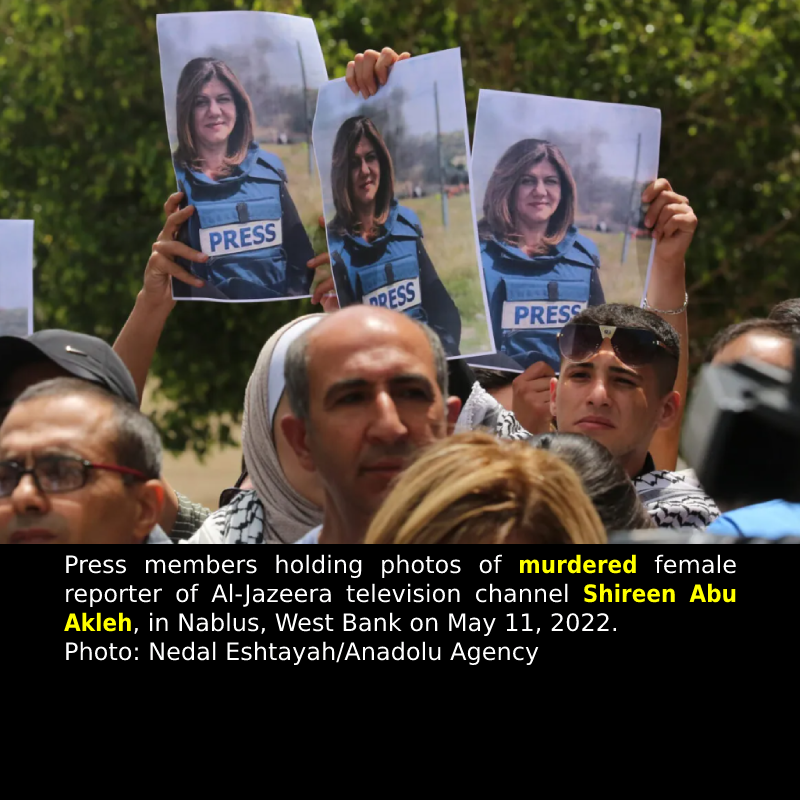 The recent decision by the US Department of Justice to open an investigation into the killing in May of Palestinian American journalist Shireen Abu Akleh is not a game-changer, but it is important and worthy of reflection, nonetheless.

Based on the long trajectory of US military and political support for Israel, and Washington’s constant shielding of Tel Aviv from any accountability for its illegal occupation of Palestine, we can conclude confidently that there will not be any actual investigation worthy of the name. If there was, it could open up a Pandora’s Box of findings pertaining to Israel’s many other illegal practices and violations of international — and even US — law.

For example, the Federal Bureau of Investigation (FBI) would have to look into Israel’s use of US-supplied weapons and munitions, which are used daily to suppress Palestinian protests, confiscate Palestinian land, impose military sieges on civilian areas and carry out other aggressive actions. America’s Leahy Law specifically prohibits “the US Government from using funds for assistance to units of foreign security forces where there is credible information implicating that unit in the commission of gross violations of human rights.”

Moreover, an investigation would also mean accountability, if it concludes that Abu Akleh, a US citizen, was deliberately killed by an Israeli soldier, as several human rights groups have already concluded. Holding Israel to account is also implausible. In fact, one of the main pillars that define the US-Israel relationship is that the former serves to protect the latter on the international stage. Every Palestinian, Arab or international attempt to have Israeli crimes investigated has failed decisively simply because Washington has systematically blocked every potential investigation on the pretence that Israel is capable of investigating itself. Attempts to hold Israel accountable, claims the US, is a witch hunt that is tantamount to anti-Semitism.

According to Axios, the following was the gist of the official Israeli response to the US decision to open an investigation into the murder of the Palestinian American journalist. “Our soldiers will not be investigated by the FBI or by any other foreign country or entity,” said outgoing Israeli Prime Minister Yair Lapid. “We will not abandon our soldiers to foreign investigations.” 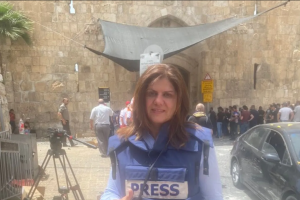 READ: Only Abu Akleh’s US citizenship is of concern to Washington

Although Lapid’s was a typical Israeli response, it is quite interesting — if not shocking — to see it in the context of an American investigation. Historically, such language was reserved for investigations by the UN Human Rights Council, and by international law experts such as Richard Falk, Richard Goldstone and Michael Lynk. Time and again, such investigations were conducted or blocked without any Israeli cooperation and under intense American pressure to have them stopped.

In 2003, the scope of Israeli intransigence and US blind support for Israel reached the point of pressuring the Belgian government to rewrite its own domestic laws to dismiss a war crimes case against late Israeli Prime Minister Ariel Sharon. Moreover, despite relentless efforts by many US-based rights groups to investigate the murder of an American activist, Rachel Corrie, the US refused to even consider the case, relying instead on Israel’s own courts, which exonerated the Israeli soldier who drove a bulldozer over 23-year-old Corrie in 2003. Her “crime” was simply to urge him not to demolish a Palestinian home in the Gaza Strip.

Worse still, in 2020, the US government went as far as to sanction International Criminal Court (ICC) Prosecutor Fatou Bensouda and other senior prosecution officials who were involved in the investigation of alleged US and Israeli war crimes in Afghanistan and Palestine.

With all of this in mind, we must ask questions regarding the timing and motives of the proposed US investigation. Axios revealed that the decision to investigate the killing of Abu Akleh was “made before the 1 November elections in Israel, but the Justice Department officially notified the Israeli government three days after the elections.” In fact, the news was only revealed to the media on 14 November, following both Israeli and US elections on 1 and 7 November respectively.

Officials in Washington were keen to communicate the point that the decision was not political, and nor did it seek to avoid angering the pro-Israel lobby in Washington days before the US mid-term elections, nor even to influencing the outcome of Israel’s own General Election. If that is the case, then why did the US wait until 14 November to leak the news? The delay suggests serious backdoor politics and massive Israeli pressure to dissuade the US from making the announcement public, after which it would be impossible to reverse the decision. 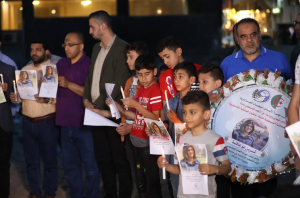 Knowing that a serious investigation will most likely not take place, the US decision must have been reasoned in advance to be a merely political one. Maybe symbolic and significant, but ultimately inconsequential, the unprecedented and determined US decision was predicated on solid reasoning. For a start, US President Joe Biden had a difficult experience managing the political shenanigans of the then-Israeli Prime Minister Benjamin Netanyahu during his time as vice president in the Obama Administration (2009-2017). Now that Netanyahu is poised to return to the helm of Israeli politics, the Biden administration is in urgent need of political leverage over Tel Aviv, with the hope of controlling the extremist tendencies of the Israeli leader and his government.

Moreover, the failure of the so-called Republican “Red Wave” to marginalise the Democrats as a sizable political and legislative force in the US Congress further emboldened the Biden administration to reveal the news about the investigation into Abu Akleh’s killing. That is, if we are to believe that the decision was indeed made in advance.

What’s more, the strong showing of Palestinian and pro-Palestinian candidates in the mid-term elections — in both the national and state legislative polls — further bolsters the progressive agenda within the Democratic Party. Even a symbolic decision to investigate the killing of a US citizen represents a watershed moment in the relationship between the Democratic Party establishment and its more progressive grassroots constituencies. In fact, re-elected Palestinian American Congresswoman Rashida Tlaib was very quick to respond to the news of the investigation, describing it as “the first step towards real accountability”.

Although the FBI probe into Abu Akleh’s murder is unlikely to result in any kind of justice, it is a very important moment in US-Israeli and US-Palestinian relationships. Put simply, it means that despite the entrenched and blind US support for Israel there are margins in US policy that can still be exploited, if not to reverse US backing of Israel, at least to weaken the supposedly “unbreakable bond” between the two countries.