The Practice of Lying: The Psychopathic Nature of the U.S. Government 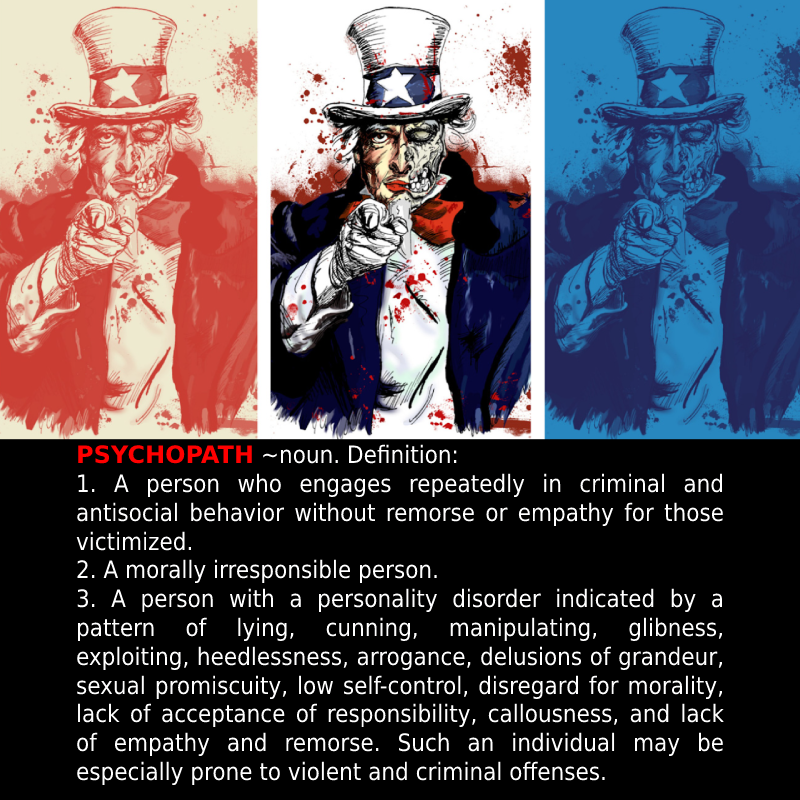 The Extreme Dangerousness of Continuing to Hide the U.S. Government’s Psychopathy.

Every psychopath is well practiced at lying; anyone who tolerates that person’s lying is not only encouraging psychopathy but is, oneself, psychopathically unconcerned about the public’s welfare, because any such encouragement will, itself, facilitate the further spreading of lies and deception of the public.

This is how psychopathy, which is a merely personal disease, becomes spread and pandemic, thereby producing a dysfunctional society, widespread deception. It happens not only due to the presence of psychopaths, but also due to their passive assisters, who fail to call-out the lie and the liar and to expose them publicly so as to assist in penalizing them, instead of to assist the lies and liars, for those to spread and thrive.

Being a member of a society is to have both rights and obligations within it. Silence in the face of lies that one knows are false is a failure of such an obligation: an obligation to avoid willingly spreading a social disease — the disease of spreading those lies and that falsehood, to a rampantly and ever-increasingly contaminated public.

None of those leaders and their propaganda-organizations (or news-media — their owners) were prosecuted for having done, or assisted in doing, this. That clear fact has established a precedent which has been followed, ever since, by constant international lying by those same two psychopathic regimes, and now it is heading toward production of a World War III on the same basis, of constant Governmental and news-media lying and spreading of lies.

It is for “regime-change in Russia” instead of for “regime-change in Iraq,” but, just like before, the regimes that desperately NEED to be “changed” are the perpetrators of this enormous fraud, the ones that are in the United States and in the United Kingdom. The United Nations is sadly incapable of doing this — it has been virtually nullified ever since 2003 — but it must be done, before the end-result will annihilate us all.

The psychopathy of America’s leadership is now posing a mortal danger not only to the residents in one nation (Iraq; or, say, in Syria — there are so many other examples) but to the residents in all nations (WW III); and, if it is not stopped now, then the world will be stopped, and soon. This would be the extreme end of the pandemic of lies that go not only unpunished but hidden from the public, instead of exposed to the public (such as is being done here).

If this pandemic — which is vastly worse even than the covid-19 disease or any other merely physical pandemic in all of human history — does not now get exposed in the full light of honest public disclosure (presumably by means of news-media that are NOT owned by U.S.-and-allied billionaires), then what hope will there be, for our children, and for their grandchildren (if this pandemic of evil will not have expired the world before then)? It is an obligation not ONLY to the wider public, but even to one’s own descendants (if any), because it is an obligation to — and on behalf of — everyone. This hiding of guilt needs to stop now, because later might be too late. So: please send the URL of this article to everyone you know, and to as many people as possible whom you don’t know, because it concerns everyone. 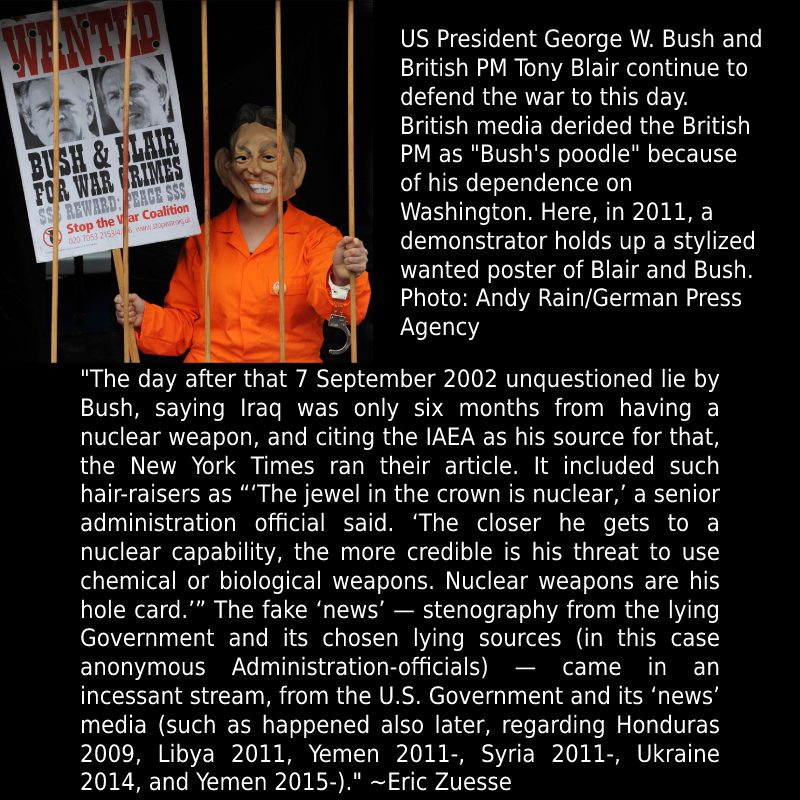 Tags:CriminaliseWarEnergisePeacePsychopathsWarWW3
previous“Preemptive Nuclear War”: The Historic Battle for Peace and Democracy. A Third W…
nextThe Practice of Lying: The Psychopathic Nature of the U.S. Government. READ: …