U.S. Act of War against the European Union: Did President Biden Order the Terror Attack against Nord Stream? 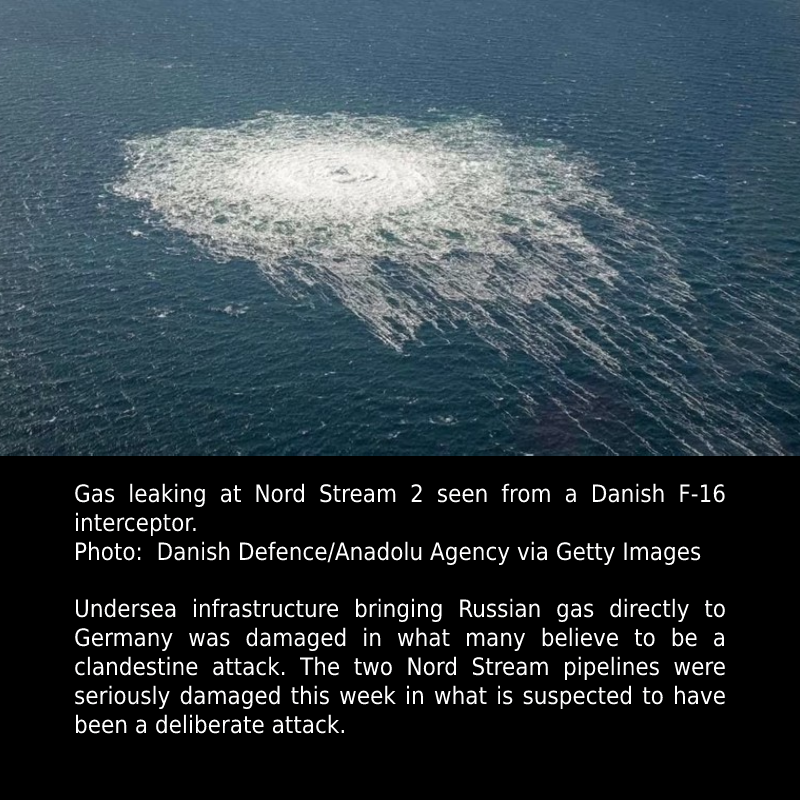 “Sabotage is the most likely cause of leaks in two Baltic Sea gas pipelines between Russia and Europe, European leaders have said, after seismologists reported explosions around the Nord Stream pipelines.”According to European Commission President Ursula Von der Leyen “the leaks” into the Baltic sea were due to “sabotage”:

“Any deliberate disruption of active European energy infrastructure is unacceptable and will lead to the strongest possible response,” she warned, and urged and investigation to get full clarity on the “events and why”.

Danish prime minister Mette Frederiksen described them as “deliberate acts”, adding: “We are not talking about an accident.”

Von Der Leyen did not elaborate as to who might have been behind these “deliberate acts” of sabotage.

In a televised news February 7, 2022 interview the President of the United States acknowledged that the United States would act against Nord Stream if required. This statement was made 3 weeks prior to the Russian invasion:

President Joe Biden: “If Russia invades that means tanks and troops crossing the border of Ukraine again, then there will be no longer a Nord Stream 2.”Reporter: “But how will you exactly do that, since the project is in Germany’s control?”Biden:“We will, I promise you, we will be able to do that.”  (emphasis added)

Joe Biden: “There will be no longer a Nord Stream 2”

The evidence suggests that this terrorist attack had been contemplated by the Biden Adminstration prior to the Russian invasion. Was it carried out by the CIA?. “We will be able to do that” said Joe Biden.

U.S. Act of War against the European Union

Nord Stream which originates in Russia passes through the territorial waters of four EU member states including Finland, Sweden, Denmark and Germany. Permission was provided and approved by the parliaments of those countries prior to construction.

Moreover, the Nord Stream pipelines also required the approval of Estonia, Latvia, Lithuania and Poland, which were part of the consultative process prior to construction.

Bombshell: From a legal standpoint this was not an attack against Russia as intimated by Joe Biden.

It was a US Act of War against the European Union.

Nord Stream 1 has been in service since 2011, but has been operating at a reduced capacity since the end of August, with Russia citing technical difficulties caused by Western sanctions.

Construction of Nord Stream 2 began in 2018, but it suffered delays due to political pressure and sanctions from the US. It was finished and pressurized in September 2021; however, two days prior to the start of Russian military operation in Ukraine, the German government put its certification on indefinite hold, refusing to unblock the pipeline. 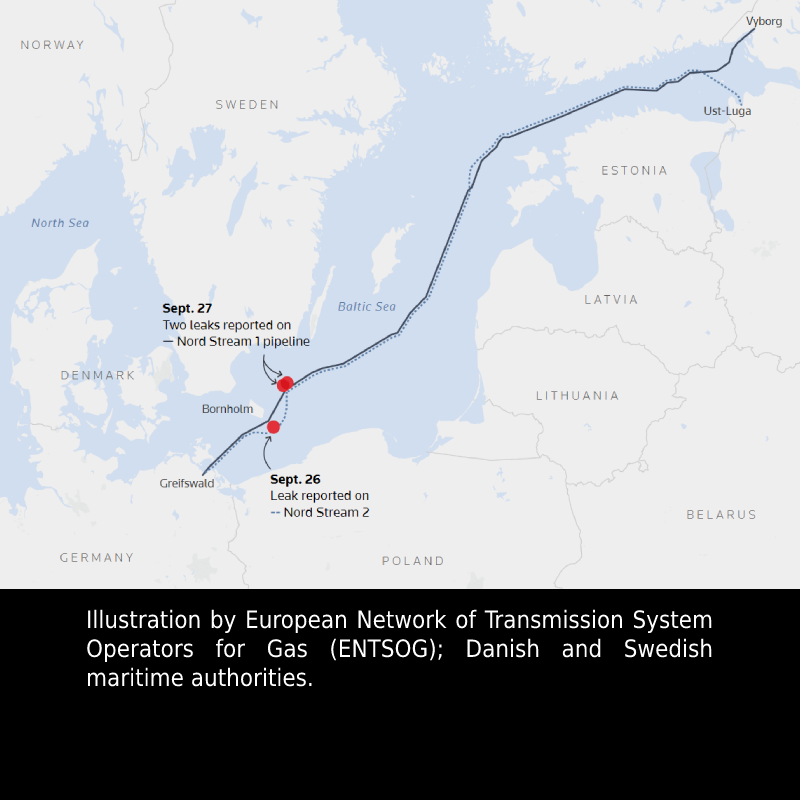 US President Joe Biden warned in early February, before Russia began its military operation in Ukraine, that if Moscow acts against Kiev, “there will no longer be a Nord Stream 2. We will bring an end to it.” A journalist asked him to clarify what exactly he meant, to which Biden responded: “I promise you, we will be able to do that.”

Pres. Biden: "If Russia invades...then there will be no longer a Nord Stream 2. We will bring an end to it."

Reporter: "But how will you do that, exactly, since...the project is in Germany's control?"

Biden: "I promise you, we will be able to do that." https://t.co/uruQ4F4zM9 pic.twitter.com/4ksDaaU0YC