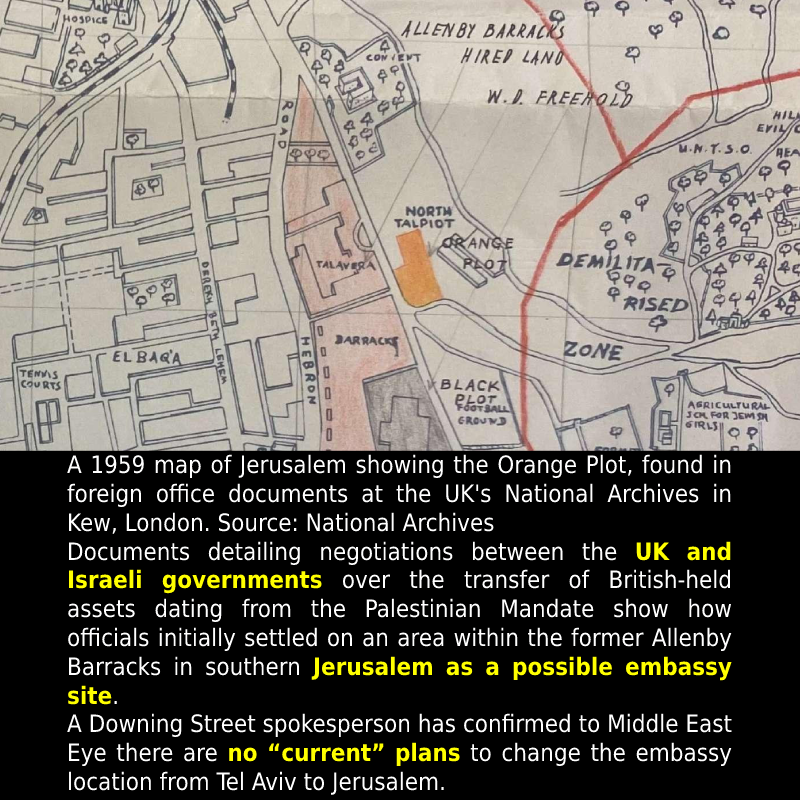 In a shock development, a Downing Street spokesperson told foreign journalists at a press briefing on Wednesday that the controversial plan to shift the embassy had been dropped.

A spokesperson told Middle East Eye “there are no current plans to change the location of our embassy”.

The spokesperson did not say whether an official review into the potential move, set in motion by Rishi Sunak’s predecessor, Liz Truss, had been abandoned.

However, Middle East Eye understands from Conservative Party sources that Downing Street would not have been so emphatic if the enquiry was ongoing.

The Palestinian ambassador to London, Husam Zomlot, welcomed the news, remarking: “The question about the location of the UK’s embassy should never have been asked in the first place.”

Some will see the decision as the latest in a series of U-turns by Sunak, who has been prime minister since October 25, following his change of heart about whether to attend the COP 27 summit in Egypt.

During the contest to succeed Boris Johnson as Conservative leader, Sunak was asked about Britain recognising Jerusalem as Israel’s capital.

In words that could come back to haunt him, he replied: “To me, it’s indisputably the historic capital… it seems to me that there is a very strong case to it, to recognise what is a historic and practical step.”

He added: “It would be something where we’d be acting in concert with our allies in the region and, in general, one of our closest allies, so it’s something I’d like to do.”

The British government had already allocated a site in the Talpiot neighbourhood of Jerusalem, known as the Orange Plot, for the new embassy. 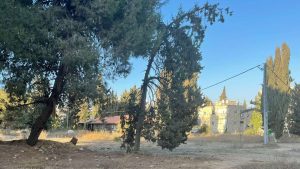 As Middle East Eye revealed, James Gurd, the director of CFI, went to the length of sending a briefing note to MPs making the case for a move along with a “suggested casework response” for MPs to send to constituents.

To add to the pressure, Board of Deputies President Marie van der Zyl urged then-Prime Minister Liz Truss to press ahead with the shift when speaking at the CFI reception at a Tory conference last month.

Van der Zyl told the audience, which included the prime minister, cabinet ministers and MPs: “We are really hopeful that the government is going to move the embassy, like America, to Jerusalem – the capital of Israel.”

‘Contemplating moving the British embassy to Israel was rash and reckless, akin to tossing a hand grenade into a volcano’

~Chris Doyle, director of the Council for Arab British Understanding

Israeli ambassador to the UK Tzipi Hotovely, who was also present, added: “There is just one capital to Israel, Jerusalem.

“For the last two thousand years it’s been Jerusalem, always our spiritual home. We can’t ignore the historic truth.”

Plans for the change ran into opposition from religious leaders. The Archbishop of Canterbury told Middle East Eye of his concern about “the potential impact of moving the British Embassy in Israel from Tel Aviv to Jerusalem before a negotiated settlement between Palestinians and Israelis has been reached”.

In an unprecedented move, senior Muslim figures in Jerusalem wrote to King Charles expressing their “deep concern” about the consequences of moving the embassy from its current location.

One Kuwaiti MP, Osama al-Shaheen, also warned that such a move could scupper the free trade agreement between the UK and the six countries of the Gulf Cooperation Council – which includes Kuwait – due to be signed by the end of the year.

The Downing Street change of heart was welcomed by Conservative Friends of Palestine. A spokesperson told Middle East Eye: “We welcome the news that common sense has prevailed, and that the prime minister is becoming aware of the sensitivities involved and legal issues surrounding the matter.”

Chris Doyle, director of the Council for Arab-British Understanding, told Middle East Eye on Wednesday: “Just contemplating moving the British embassy to Israel was rash and reckless, akin to tossing a hand grenade into a volcano. Britain was messing with the future of Jerusalem, perhaps the most contested city on earth.

“It returns Britain to the long-standing international consensus that the fate of Jerusalem must be decided through negotiation, leading to a solution that is inclusive of all stakeholders, Israeli, Palestinian, Christian, Muslim and Jewish – rather than one single party,” he added.