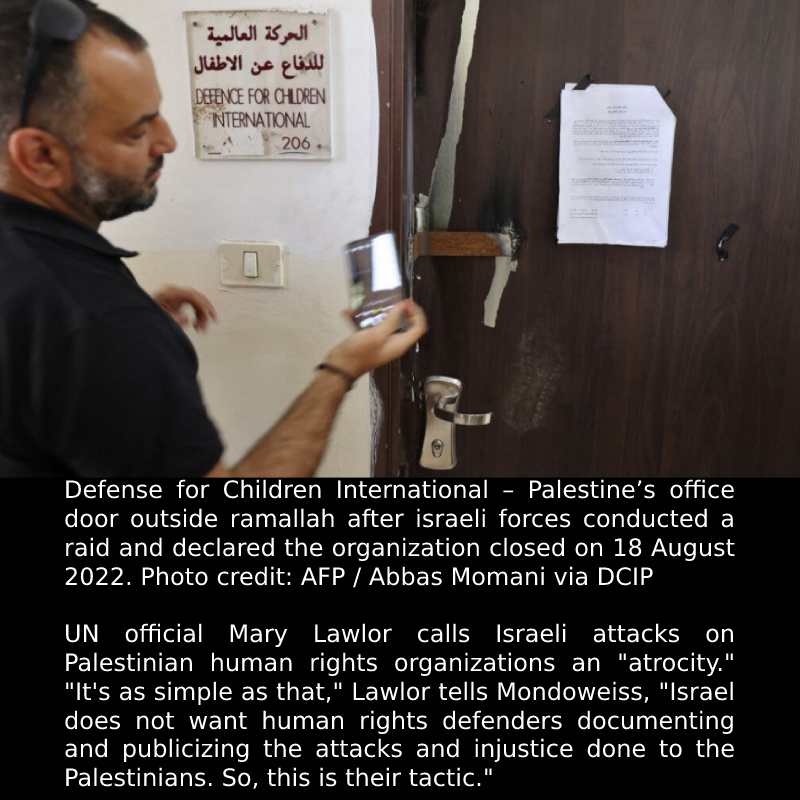 Following the Israeli military raid on the offices of seven Palestinian human rights groups in the wee hours of August 18, their ransacking, the theft of their property and files and the sealing of their doors, twenty-five UN “Independent Experts” issued a declaration condemning “Israel’s escalating attacks against Palestinian civil society.”

“These actions amount to severe suppression of human rights defenders and are illegal and unacceptable,” the August 24 declaration stated, calling on UN member states “to take effective measures afforded by international law to put an end to these abuses.”

Mondoweiss spoke with two of the authors of the declaration.

Francesca Albanese is the “Special Rapporteur on the situation of human rights in the Palestinian Territory occupied since 1967.” She took over the unpaid post on May 1, succeeding Canadian law professor Michael Lynk.

Mary Lawlor has served as “Special Rapporteur on the situation of human rights defenders” since May 2020.

Defending human rights and rights defenders in occupied Palestine is a challenging task. Israel doesn’t cooperate with UN Special Rapporteurs or other Independent Experts. It doesn’t answer their letters and it doesn’t let them enter the effectively annexed Palestinian territories.

And the Israel government is currently refusing to renew the visas of international staff at the Palestine office of the Office of the High Commissioner on Human Rights.

Shortly after the start of her tenure as Special Rapporteur, Albanese asked to meet with Israel’s permanent mission in Geneva. Her request was declined. Her communications with the Israeli government — individually and together with other Special Rapporteurs — have not been answered.

Albanese has had lots on her mind. On May 4, the Israeli High Court ruled that occupation forces had the right to displace twelve hundred people, including 500 children, from Massafer Yatta (the “largest incidence of forcible transfer since 1967,” says Albanese). Seven days after that ruling, an Israeli sniper gunned down Shireen Abu Akleh. 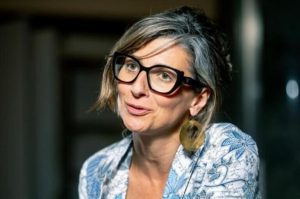 “It’s very difficult to have impact on the Israelis because of their non-engagement,” Albanese told Mondoweiss. “This non-engagement is more than regrettable … I do hope and expect that the government of Israel will engage with me. If not, at least it will not hamper my work.”

Mary Lawlor has written ten formal letters to Israel regarding Palestinian human rights groups targeted by Israel. She has received no response.

Lawlor refers to Israel’s August 18 raid on the offices of the six groups declared to be “terrorist” back in October, and of a seventh group, the Palestinian Health Work Committees — “seven reputable, credible human rights organizations” — as an “atrocity, for want of a better word,” and the administrative detention of rights defenders like Salah Hammouri as an “awful scourge.”

Hammouri, a Palestinian-French human rights lawyer and field researcher for the Addameer Prisoner Support and Human Rights Association – one of The Six – has been in and out of Israeli jails since 2005, including a year under “administrative detention,” without charge and based on secret evidence.

In early March, Hammouri was placed under administrative detention once again. On September 4, the day before his scheduled release from a second three-month round of detention, the Israeli military issued a third.

Like most of Israel’s Palestinian prisoners, the 37-year-old father of two is currently incarcerated inside the Green Line, in breach of Article 76 of the Fourth Geneva Convention.

And, although Hammouri was born in Jerusalem, in October 2021, the Israel’s Ministry of Interior revoked his Jerusalem residency, for “breach of allegiance” to the State of Israel. 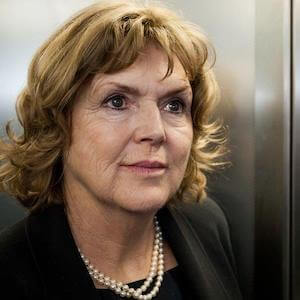 “Israel cannot compel the occupied population … to swear allegiance to it,” Mary Lawlor told Mondoweiss, “because Israel, under international law, is the hostile power, occupying power.”

Lawlor and others, including the Working Group on Arbitrary Detention, have communicated with Israel about Hammouri on multiple occasions. Israel has not responded.

Likewise, Albanese points out, the US government has failed to hold Israel accountable for its travel ban on US citizen Ubai Al-Aboudi, director of the Bisan Center for Research and Development, one of the seven groups raided on August 18, and for the murder of Palestinian-American Shireen Abu Akleh.

The indifference of the ‘international community’ to the plight of Palestinian human rights groups flies in the face of the 1998 UN Declaration on Human Rights Defenders and treaty law Israel has acceded to, Francesca Albanese and Mary Lawlor told Mondoweiss.

Lawlor rattles off provisions of the International Covenant on Civil and Political Rights (CCPR) pertaining to human rights defenders that Israel routinely breaches: freedom of expression and opinion and of peaceful assembly (Article 21), freedom of association (Article 22) and the right to participate in public life (Article 25).

Although Israel is a signatory to the CCPR, it insists the Covenant only applies in its own sovereign territory, therefore not in the occupied West Bank. It takes the same position on the Covenant on Economic, Social and Cultural Rights and the Fourth Geneva Convention.

While Albanese and Lawlor are pleased that nine EU member states have formally rejected Israel’s charges of “terrorism” against the six Palestinian rights groups, they don’t feel this is enough.

“As far the nine states are concerned, of course, it is very good that they have come out, but they really have to use more leverage to stop these aggressive attacks and to get this designation of terrorist rescinded,” says Lawlor. “And they also have to put in place proper political and financial support, so that these people can continue to work.”

Short of punitive measures the US and EU are unlikely to impose, Israel will continue to suppress Palestinian human rights groups. And, charges of “terrorist” affiliation are just a smokescreen, Albanese and Lawlor say.

“This is a tool that powers in a dominant position use to advance repression of the subjugated population,” Albanese told Mondoweiss. “We shouldn’t forget that even Nelson Mandela was considered a terrorist in apartheid South Africa.”

Does Israel practice apartheid? Yes, says Albanese. “It’s fully documented that Israel has been practicing the crime of apartheid in the occupied Palestinian territory, and over the Palestinians, more broadly.”

“The objective is to neutralize their work, stop their work and cut off their funding . . . Israel does not want human rights defenders working and documenting and publicizing the attacks and injustice done to the Palestinians.” ~Mary Lawlor

“I think the objective is to neutralize their work, stop their work and cut off their funding,” says Lawlor. “It’s as simple as that. Israel does not want human rights defenders working and documenting and publicizing the attacks and injustice done to the Palestinians. So, this is their tactic.”

Israel’s relentless assault on Palestinian rights groups also seems to be aimed at thwarting the International Criminal Court’s interminable and opaque Palestine investigation. Palestinian groups are collecting evidence. At least one member of The Six, Al-Haq director Shawan Jabarin, has met with the ICC’s Chief Prosecutor.

By seizing office files, computers and thumb drives, says Albanese, Israel appears to be violating Article 70(1)(c) of the ICC’s Rome Statute, which prohibits “retaliating against a witness for giving testimony or destroying, tampering with or interfering with the collection of evidence.”

Likewise, says Lawlor, the planting of Pegasus spyware on the phones of Salah Hammouri and other Palestinian human rights defenders places them and their clients in danger.

Do Palestinians and their civil society groups have the right to resist all these acts of Israeli repression? Yes, Francesca Albanese told Mondoweiss, “because they are a population under a prolonged and unlawful occupation.”

“In order to keep an entire people under occupation for 55 years,” says Albanese, “you need a lot [of] violence, because you’re repressing their rights every day, and of course this will trigger violence in response. There is only one way to bring peace to that place, and it’s by ensuring freedom. We get to freedom through complying with international law.” 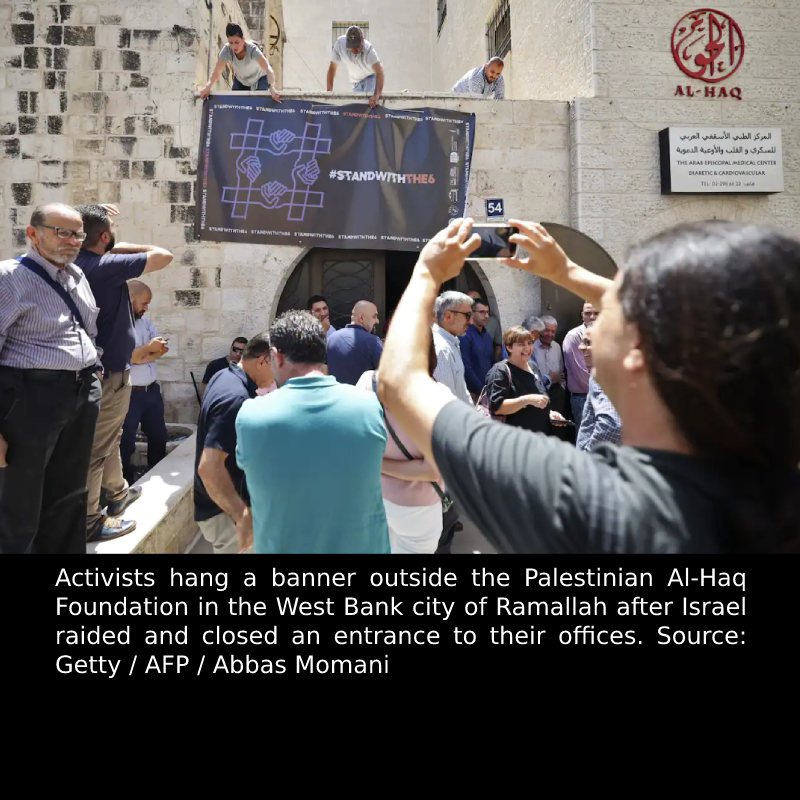