US Accelerates Plan to Deploy Upgraded Nukes to Europe 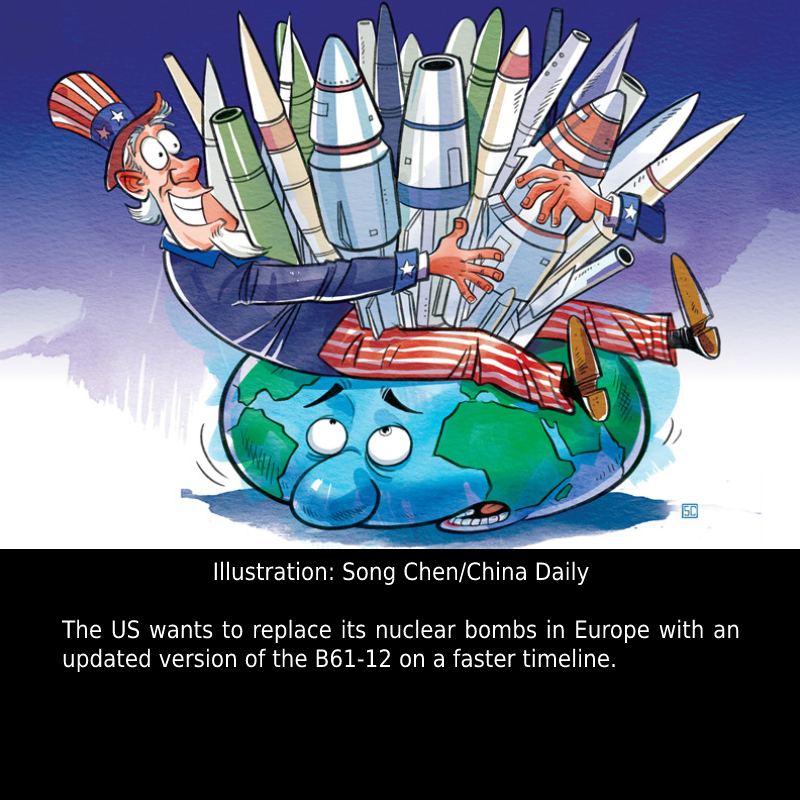 The US has accelerated plans to deploy an upgraded version of its primary nuclear gravity bomb to Europe amid heightened tensions with Russia over the potential use of nuclear weapons.

A cable obtained by Politico reveals that US officials told NATO allies in Brussels this month that they will send an upgraded version of the B61-12 air-dropped gravity bomb to Europe by December. The upgraded bomb was originally set to arrive in Europe next spring.

The plan involves replacing older weapons with upgraded bombs at US storage facilities in Europe. The US keeps about 100 nuclear warheads at air bases in Germany, the Netherlands, Belgium, Italy, and Turkey.

The upgrade to the B61-12 replaces non-nuclear components to make it more accurate. The upgrade is also designed so it can be carried by all US and allied bombers and fighter jets, unlike older versions of the bomb.

Accelerating the deployment of the upgraded nukes amid the current tensions would do little but stoke tensions with Moscow. Hans Kristensen, director of the Nuclear Information Project at the Federation of American Scientists, described the plan as “odd.”

“They have been saying we don’t respond to this situation with nuclear weapons. I don’t think they want to go down that one,” Kristensen told Politico.

The revelation of the plan comes as both Russia and NATO are conducting nuclear exercises. President Biden recently said the risk of nuclear “armageddon” is at its highest since the end of the Cold War, but his administration has shown no interest in pursuing diplomacy to end the war in Ukraine or ease tensions with Moscow.