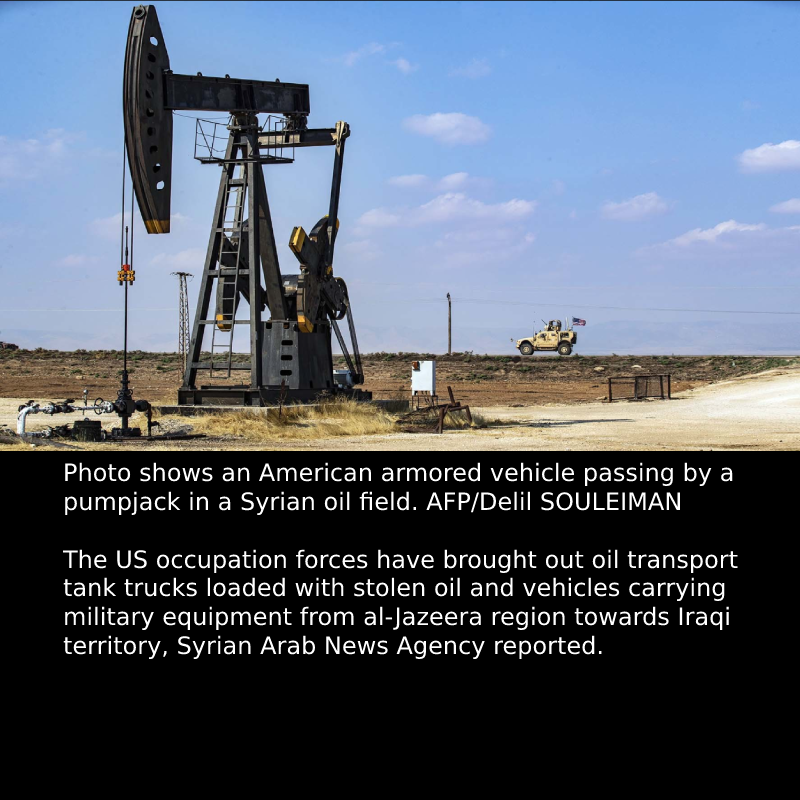 The United States’ occupying forces continue to smuggle stolen oil from northeastern parts of Syria to neighboring Iraq using a convoy of 40 vehicles.

The crude, the report said, had been extracted “from oil wells occupied by US forces in al-Jazeera region.”

The convoy, which consisted of 40 vehicles, which used the illegitimate al-Waleed crossing to enter the Iraqi territory, was “protected by US occupation armored vehicles,” SANA added, citing to local sources. 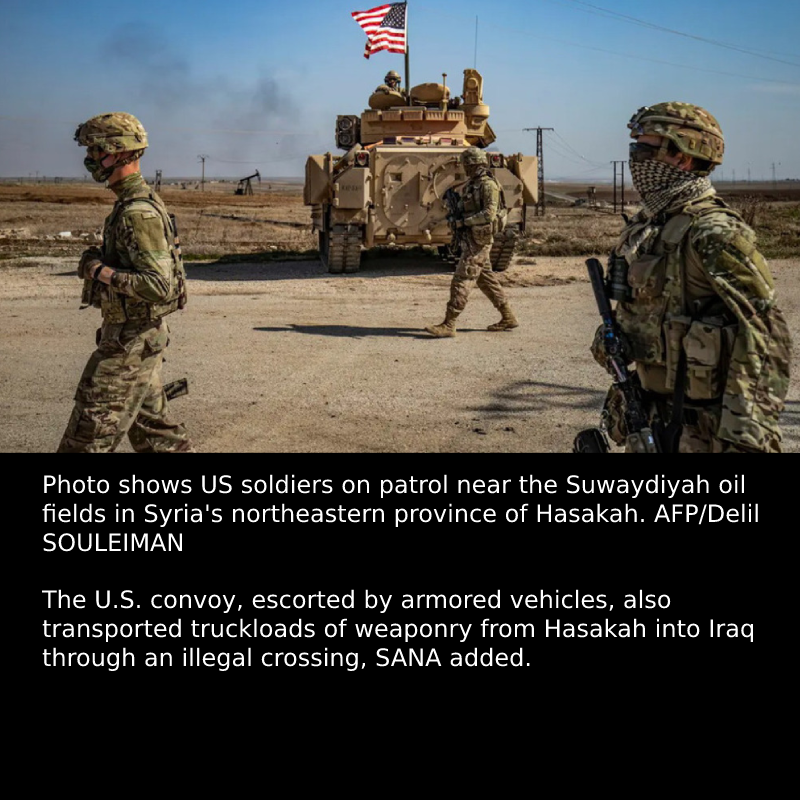 The United States and its allies invaded Syria in 2014 under the pretext of fighting off the Daesh Takfiri terrorist group. Washington began stealing and smuggling the Syrian crude from the oil-rich eastern Syrian province of Dayr al-Zawr and elsewhere under former American President Donald Trump.

No earlier than on July 7, the occupation forces used dozens of tanker trucks and other vehicles to smuggle stolen crude to Iraq using another illegitimate crossing lying on the outskirts of the northeastern Syrian city of Hasakah, SANA said.

Damascus considers the US presence to be outright violation of its sovereignty, vowing that it reserves the right to respond to the occupation as it sees fit. 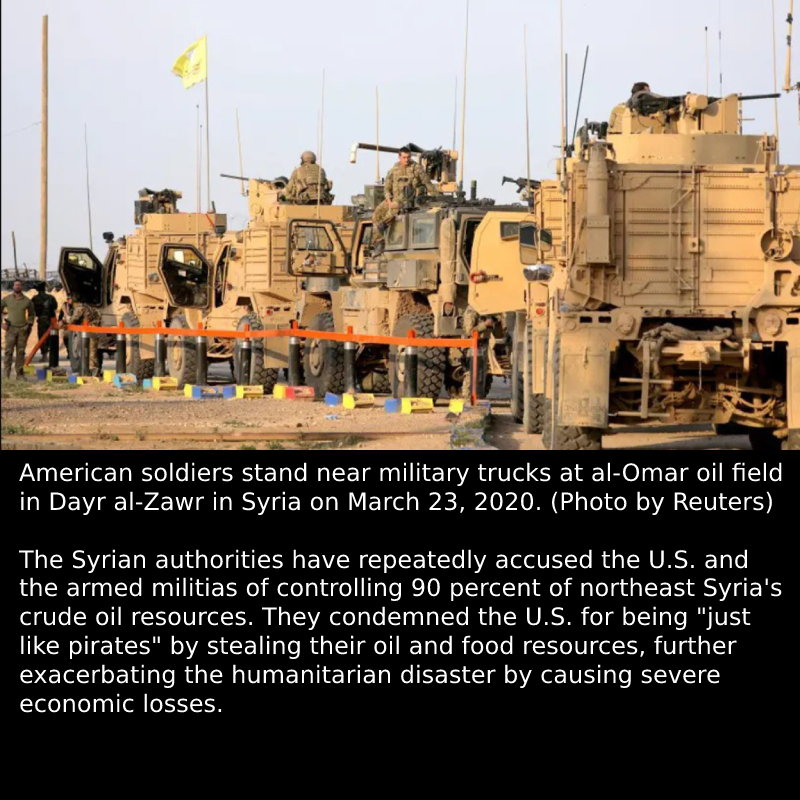 Earlier this month, a Syrian army checkpoint blocked a US military convoy that was attempting to pass through the Hasakah Province, forcing it to retreat.

Local sources, speaking on condition of anonymity, told SANA at the time that a US convoy consisting of five vehicles was forced to make a U-turn after the checkpoint personnel intercepted it at the village of Qabr al-Gharajeneh near the city of Qamishli in Hasakah.

Tags:CriminaliseWarEnergisePeaceWarCrimes
previousSaudi Arabia opens airspace to all flights, including Israeli carriers. Riyadh …
nextSix Years on from Malaysia Airlines MH17 Destruction: A Clear Lack of Evidence that Moscow Was Behind It.