Former Prime Minister of Pakistan, Imran Khan, warned of foreign intervention by the US to oust him from office, and now Khan has been replaced by Shahbaz Sharif, who enters office having involved in a major corruption scandal involving sugar.

In December 2021, Adviser to PM Khan on Accountability and Interior Barrister Mirza Shahzad Akbar gave a trail of “billions of rupees laundered through the Ramzan Sugar Mills”.

“Shehbaz Sharif is the ringleader of a money laundering gang. He and his son Hamza have been found involved in corruption and money laundering worth Rs16 billion in the Ramzan Sugar Mills case,” Akbar said in Lahore. “The National Accountability Bureau also found Shehbaz’s involvement in money laundering and according to the Federal Investigation Agency charge-sheet, he is the mastermind of the group,” he added.

Steven Sahiounie of MidEastDiscourse interviewed Sabtain Ahmed Dar to understand the backstory to the recent political upheaval in Pakistan.

Sabtain Ahmed Dar, is a Pakistani geopolitical analyst, and expert on the Middle East. He is an author of two theses; “The Clash of Islam and Zionism” and “Pakistan and Global Game for a New World Order”. He teaches History and International Relations at the School of Integrated Social Sciences, University of Lahore. He is currently a senior fellow at the Center for Security, Strategy and Policy Research (CSSPR) and contributes at the National Security Division think tank of Pakistan.

Steven Sahiounie (SS): Prime Minister Imran Khan showed, and referred to, a diplomatic cable sent from the US, in which the US expressed the wish that Khan be ousted, or else there would be consequences. In your opinion, was that a direct foreign interference in Pakistan, and a type of ‘regime change’ plan?

Sabtain Ahmed Dar (SAD): It was a direct foreign intervention and it has been successfully executed by the United States and its pro-US elements in Pakistan’s establishment. On 27th March PM Imran Khan showed the letter in a public rally declaring that he has been threatened by a foreign country (US). PM Imran Khan said in a public statement that letter explicitly says that ‘Imran Khan has to go otherwise things will become tough for Pakistan’. PM Imran Khan reacted to this and asked for public support declaring that they will not bow down in front of the US imperialism. PM Imran Khan went to all public institutions such as Supreme Court, Bureaucracy and Military establishment to ask that letter must be probed, but to no avail. In the end a National Security Committee (NSC) was set up by the government in which it was declared that evidence is inevitable concerning an international conspiracy to oust Khan. After PM Imran Khan came to know about horse trading, his decision to not allow the opposition to hold voting against him in the parliament was pragmatic because he knew that most members have been bought. But that too came to no avail when top judges of the Supreme Court too declared verdict against Khan and allowed the opposition to hold vote. PM Imran Khan was ousted on 10th April, 2022 though a no-confidence movement. 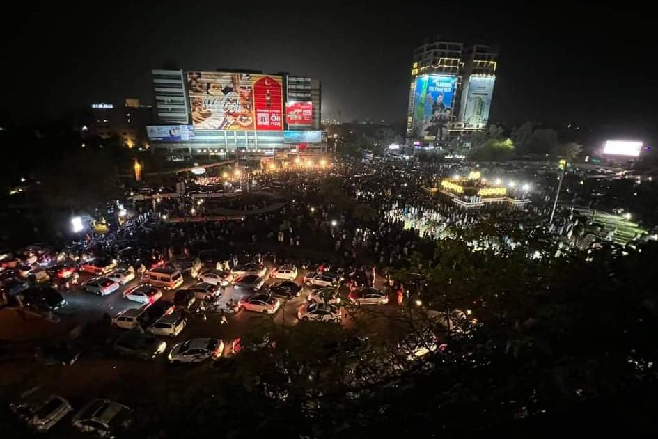 SS: Prime Minister Khan previously had the support of the Pakistan military. However, there were reports that the support was no longer there. And this led to the no-confidence vote in the National Assembly. In your opinion, what caused the military to lose confidence in Khan, and could this have been influenced by the US?

SAD: There are two methods to analyze this, one is domestic and one is international. In relation to the domestic one, there is news in circulation that this tussle between PM Imran Khan and COAS Gen. Qamar Javed Bajwa started when Khan wanted to give an extension to DG ISI Gen. Faiz Hameed, Pakistan’s intelligence chief. This intention on the part of Khan was not welcomed by the Army Chief concerning the rules of procedure and discipline in the military. On the other hand, the US influence on Pakistan’s Army is too high, once former DG ISI Gen. Hameed Gul said Pakistanis cannot have their Army Chief without the will of the United States. Therefore, Khan’s bold policies against the US interests clearly show that Khan was a great threat for the US. For example; 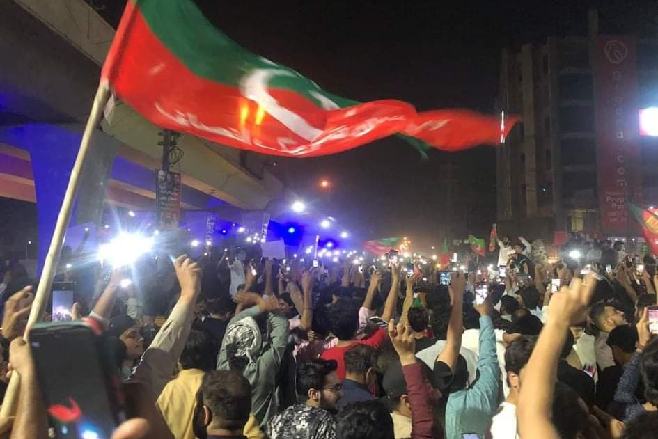 SS: Prime Minister Khan held office for four years. In your opinion, what were his greatest achievements, and policy failures, if any?

SAD: Following are some his major achievements during his four years’ tenure:- Ensured no Drone attack in his tenure takes place from Afghanistan. – Raised Exports to 38 Billion US Dollars in 3 years which were stuck to 21 Billion USD in last 10 years of PPP and PMLNs governments. – Fought Islamophobia (hate speeches against the Prophet and targeting Muslims for Hijab and beard) at UN and every forum and got it recognized by UN through a resolution. – Got Rikodiq 11 Billion USD penalty removed and turned into 9 Billion USD investment by same company – Got PIA operational from loss – Huge turnout in Construction industry with more than 6000 big projects started providing 8 Lac new jobs, even when Corona was at peak.- Textile sector matches exports (20 Billion USD) from 9-11 Billion USD – Billion Trees Tsunami (2 billion trees already planted) to fight climate change- Compelled Banks to provide lowest mortgage for house (billions already given to poor)- 150x Shelter and food facilities to poor (Panahgah) when he saw a photo of poor family sleeping in winter on footpath- Ended US war in Afghanistan and throwing all anti-Pakistan elements out of Afghanistan – Got 3 Billion USD through Roshan Digital accounts from overseas Pakistan – Increased foreign remittances to 31 Billion US Dollars from 19 Billion US Dollars – Controlled Corona and evaded lockdown despite all pressure compelled WHO / UN to say “Learn from Pakistan”- Tackled stunted growth of Pakistani children- Started multiple tourism projects /jobs and Discover Pakistan Channel and Skardu International Airport – Pakistan unemployment level went lowest in entire Asia region- IT (computers software) sector at its peak with over 2 Billion USD exports (100 % Jump) & over 500,000 new jobs and free lancers were made. – Over 150,000 new companies registered (10x times than previous Governments). – Established multiple new Universities and Rehmat Ul Almeen Authority to bring awareness about the life of Prohet Muhammad (S.A.W) – All major cases against Women solved & criminals arrested and given death sentence (Sialkot Motorway, Islamabad Noor Muqadam, Usman Mirza E-11 videos). – Relations with Iran, China, Russia, KSA all equal unlike previous grouping – Merged poor FATA with Khyber Pakhtunkhwa, so that no one dares to attack a region known as lawless tribal area on Pakistan-Afghan border – Made the first National Security Policy of Pakistan – There is no corruption case against him. Tax collection during his era reached at its peak (Rs 6000 Billion). – Gave Ehsas programme (over 100 programmes) to eliminate poverty that is declared as 4th best programme in world by World Bank – Loan of over Rs 30-50 Billion given to youth (Kamyab Jawan). 50. First time mobile phones production in Pakistan, now over 70% mobiles produced in Pakistan. Electric bikes factories and computer processors also started – Severe action against smuggling, controlling now 50 % smuggling by fencing of borders. His failure was to understand the true nature politics in Pakistan, and he was betrayed by his own people. 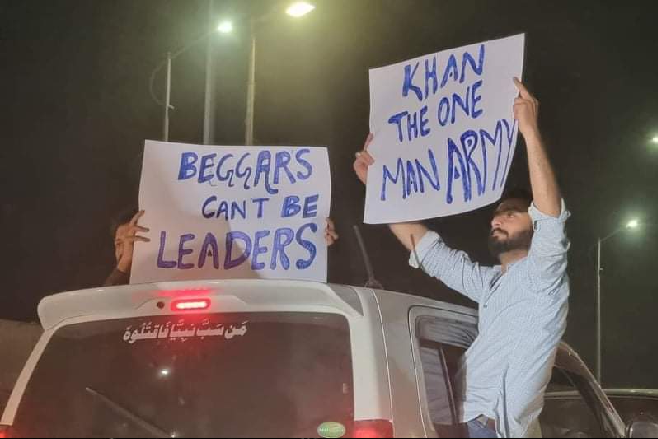 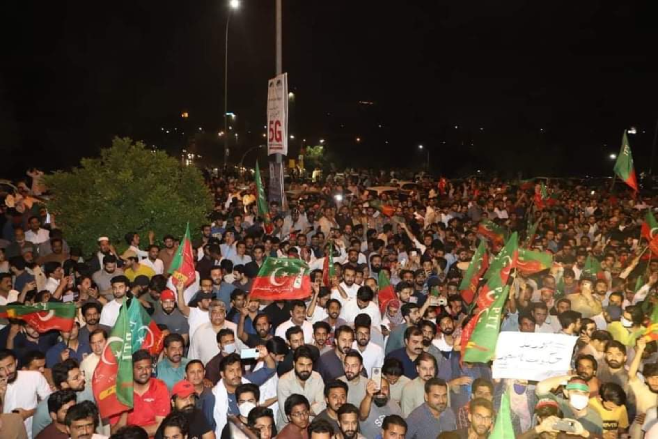 SS: The National Assembly has voted for a new Prime Minister. What is your opinion of the new leader?

SAD: On 11th April, PM Imran Khan had submitted his resignation as the member of national assembly. Under a new speaker of the national assembly voting held and opposition leader Mr. Shahbaz Sharif has been elected as the 23rd Prime Minister of Pakistan. He is the younger brother of the former Prime Minister Nawaz Sharif. He is from Muslim League Nawaz (PMLN), a party that has been disintegrated since Nawaz Sharif was ousted as a Prime Minister in a Supreme Court verdict. The current PM Shahbaz Sharif is convicted of 17 billion rupees corruption in sugar scandal. It is expected that he is going to end all the corruption charges against him by putting his own stooges as heads of major public institutions in Pakistan. Moreover, the story of Imran Khan has not ended. He had called the public on Sunday for a peaceful protest, but it was not expected that the entire Pakistan would come out. The establishment, the opposition and the US has felt this popular power for Khan. Now he has announced a series of public protest all across Pakistan to pressurize the government to hold early elections. 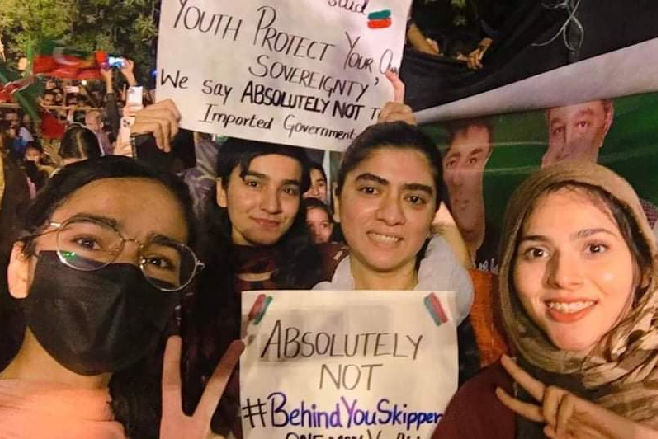 This article was originally published on Mideast Discourse.

Steven Sahiounie is a two-time award-winning journalist. He is a regular contributor to Global Research.

All images in this article are from MD.