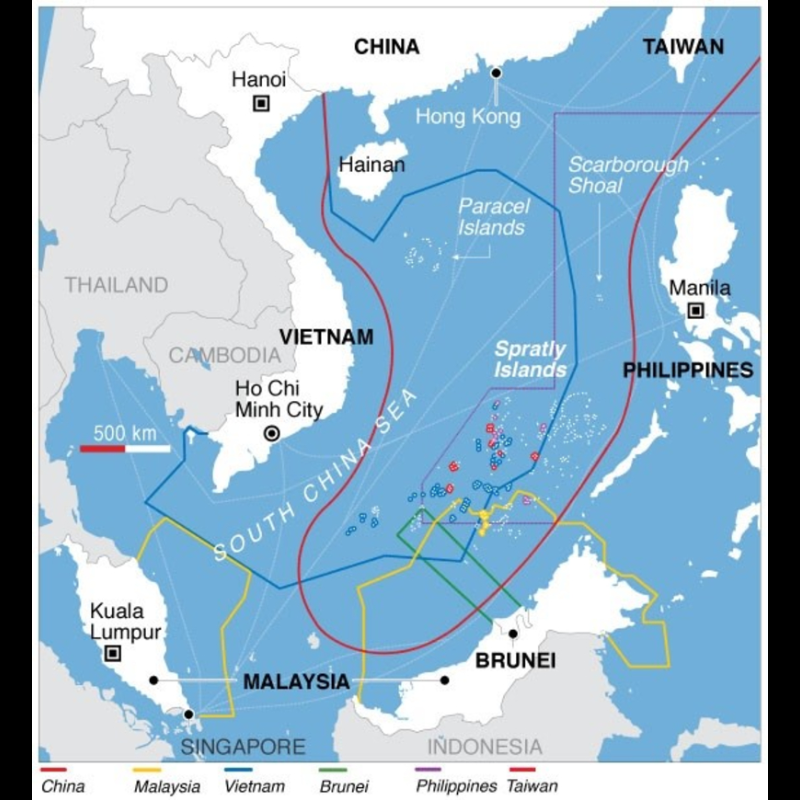 The Biden administration reminded China on Tuesday that the US will intervene to defend the Philippines if Manila’s vessels come under attack in the South China Sea.

Secretary of State Antony Blinken made the warning in a statement on the anniversary of an international tribunal ruling that sided with the Philippines against China in a territorial dispute in the South China Sea.

The 2016 ruling from a tribunal in the Hague was made under the 1982 United Nations Convention on the Law of the Sea (UNCLOS). The US is not a party to UNCLOS but has used the treaty to reject China’s claims to the South China Sea.

The Trump administration formally rejected most of Beijing’s claims to the disputed waters in 2020, which Blinken reaffirmed. “The United States reaffirms its July 13, 2020, policy regarding maritime claims in the South China Sea,” Blinken said.

“We also reaffirm that an armed attack on Philippine armed forces, public vessels, or aircraft in the South China Sea would invoke US mutual defense commitments under Article IV of the 1951 US-Philippines Mutual Defense Treaty,” Blinken added.

The Philippines and China’s dispute has led to tense stand-offs in the South China Sea. Last year, the Philippines objected to the presence of Chinese fishing vessels it said were a “maritime militia” near a disputed reef in the region. During the stand-off, the US reassured Manila that the Mutual Defense Treaty would cover attacks on Philippine vessels in the area.

Tags:CriminaliseWarEnergisePeaceSouthChinaSea
previousWhile hundreds of millions of Muslims around the world celebrate the joyous Eid …
nextUS claims it only sells ‘defensive’ weapons to Saudi Arabia. But does this distinction exist?