Facebook (Meta) Confirms It Has Ties to a U.S. Military Propaganda Campaign 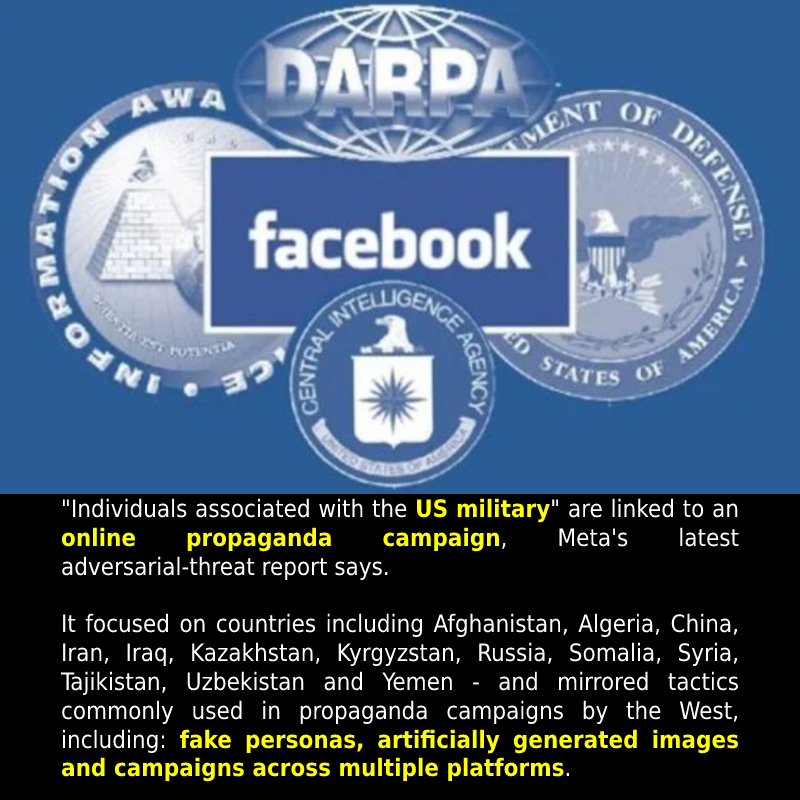 In case you were unaware, big tech companies have been working with the United States military to control the official narratives using propaganda. One such covert operation has been confirmed by Meta, Facebook’s parent company and they were pushing pro-U.S. and anti-Russia narratives.

Meta has acknowledged the discovery of several clusters of fake accounts and pages believed to be linked to individuals “associated with the US military,” according to the company’s latest adversarial threat report published this week according to a report by RT.

The U.S. ruling class has been trying to control and brainwash the public into compliance with their enslavement for decades. This isn’t news, except, Meta is now admitting it.

“Although the people behind this operation attempted to conceal their identities and coordination, our investigation found links to individuals associated with the US military,” the company said in a blog post on Tuesday. 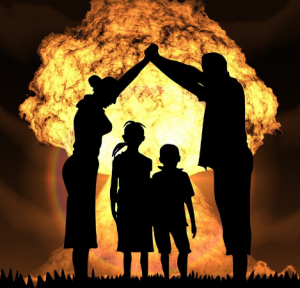 READ: No Safe Place to Hide. A Video Response to NYC’s Nuclear PSA. Have We Forgotten?

The influence campaign was discovered earlier this year and in total Meta removed 39 Facebook and 26 Instagram accounts, as well as 16 pages and two groups, all for violating the company’s policy against “coordinated inauthentic behavior.”

The social media giant admitted that the large-scale operation ran beyond those several dozen accounts and across many other internet platforms, including Twitter, YouTube and Telegram – as well as major Russian social networks VKontakte and Odnoklassniki. It seemingly attempted to downplay the discovery by insisting that the “majority of this operation’s posts had little to no engagement from authentic communities” and highlighting similar “deceptive campaigns”by China and Russia.-RT

Meta’s acknowledgment substantiates a bombshell investigation by the Washington Post that revealed the Pentagon was forced to launch a “sweeping audit of how it conducts clandestine information warfare,” after a variety of social media accounts, which its operatives used to target foreign audiences in elaborate psychological warfare efforts, were exposed.

The ruling class will stop at nothing to ensure complete compliance and total enslavement of humanity. We need to continue to be aware of what they are doing as a way to cement and expand their own power. If they can no longer control the narrative and the flow of information, they will lose and they know it.

Meta is pretending to be the innocent victim in this, but they knew what was going on and what the ruling class is doing to its subjects. They have been guilty of all kinds of censorship and we know they are working with the masters to keep the slaves distracted, deceived, and divided.