By Mohammed al-Hajjar in Gaza trip. 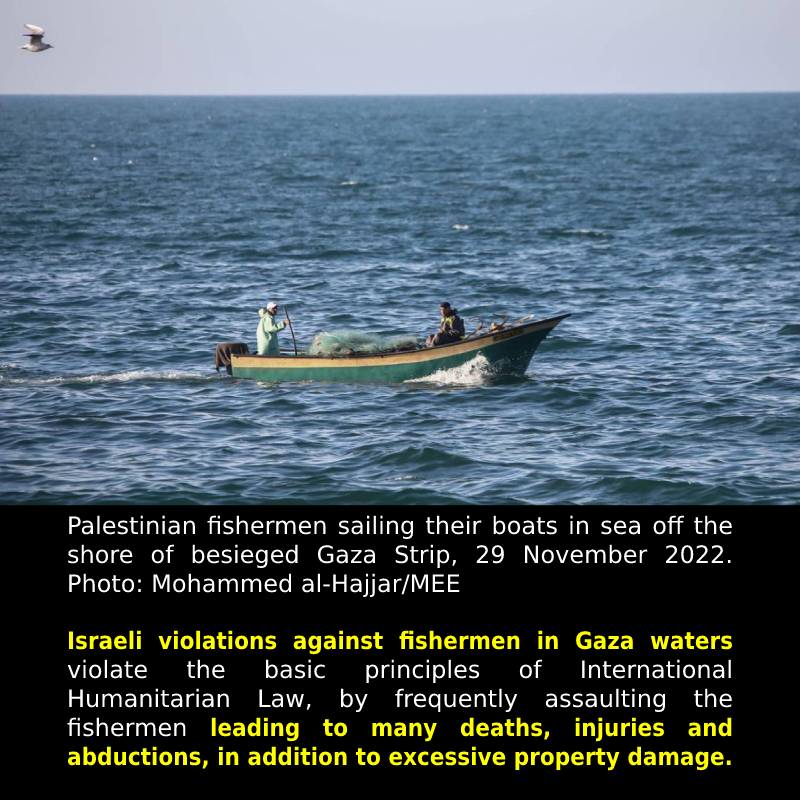 Israel‘s navy forces on Monday detained six Palestinian fishermen working at sea near the port area south of the besieged Gaza Strip, without disclosing their current location to their families.

They said the fishermen were sailing in an area designated for fishing off the coast of Rafah, south of the Gaza Strip.

Nizar Ayyash, the head of the Palestinian Fishermen’s Association, told MEE that the fishermen are residents of the Shati refugee camp.

“The arrest is part of ongoing Israeli attacks on Palestinian fishermen in Gaza, which escalated and reached 20 assaults and 55 arrests since January,” Ayyash said

He added that Israeli navy forces are attempting to “empty the sea of ​​Palestinian fishermen and destroying the second profession of the Gaza Strip’s residents, at least 4,500 people of whom work in fishing to support entire families.”

Fishing is one of the biggest industries in the coastal enclave, which is home to some 2.1 million Palestinians.

Israel has maintained its crippling blockade of the Gaza Strip since 2007, in what critics say is collective punishment of the impoverished residents. 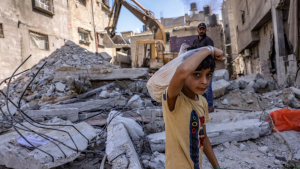 The Israeli land, air and sea blockade has left Palestinians in the territory with skyrocketing poverty and a mental health crisis.

READ: Gaza: 15 years of a devastating blockade that benefits no one

Khamis Bakr, the brother of  Tayseer, 30, and Mahmoud, 34, told MEE that fishing is their family’s main source of income.

“Tayseer and Mahmoud worked on a small manual fishing boat that they rent. They are both married and have families. This is not the first time they have been arrested at sea,” Bakr said.

He added that the two brothers are the primary breadwinner for a family of 40, all living in one house.

“We are worried about our people,” Bakr said, adding that several family members working in fishing were arrested at one point or another while at work in the sea, and one was wounded by Israeli fire.

“Normally, the Israeli forces would release them before long, but we don’t know their whereabouts this time,” Bakr said.

“They are risking their lives at sea to bring bread and butter to their families. They don’t pose a risk to anybody. Why is Israel assaulting them and confiscating their boats?”

Ayyash, the fishermen’s syndicate chief, said Palestinian fishermen are still waiting for Israel to allow some essential fishing parts into the Gaza Strip, such as fibreglass cloth, used in boatbuilding, to fix broken boats.

“They had to register in advance to buy these parts, which is a long and expensive process. Some fishermen suffer from a shortage of tools, kits and parts to fix their boats,” Ayyash said.

Tags:ApartheidFreePalestineInternationalLawViolationTerritorialWatersWarCrimes
previousSymbolic but significant, the decision to investigate Abu Akleh’s murder is unpr…
nextFacebook (Meta) Confirms It Has Ties to a U.S. Military Propaganda Campaign