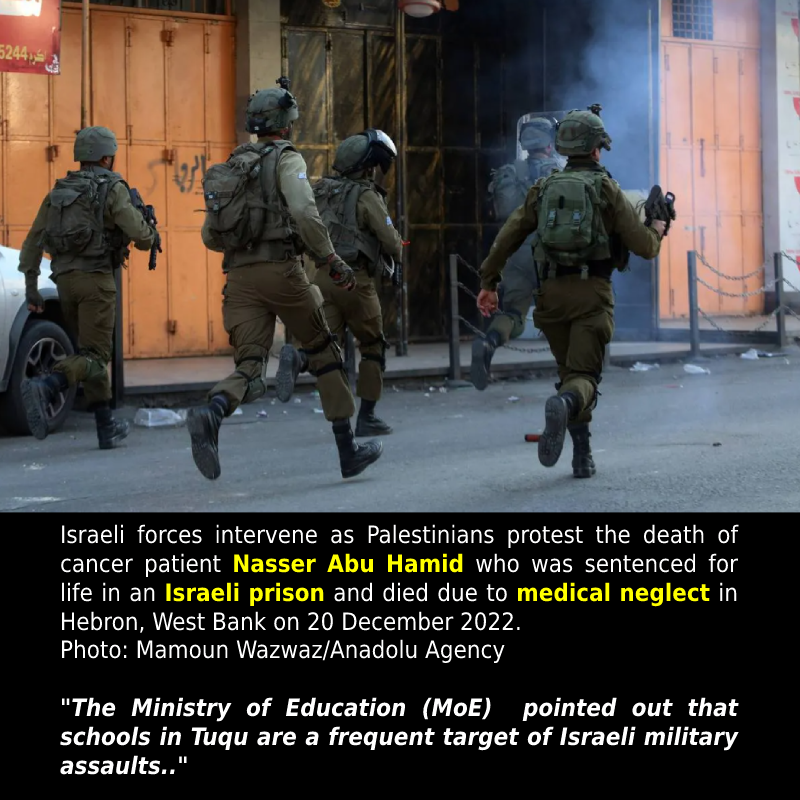 Mousa Al-Sha’er, head of the Tuqu municipality, said Israeli occupation forces obstructed school children from reaching classes after preventing them from taking the main bypass road that leads to the school grounds. 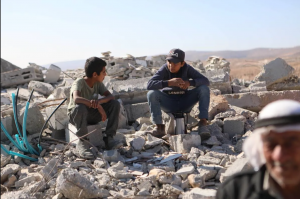 European diplomats visit the village where the school was destroyed by Israeli forces about a month ago in the Masafer Yatta district of Hebron of the West Bank on 19 December 2022. Photo: Mamoun Wazwaz/Anadolu Agency

He noted an increase in Israeli attacks on Palestinian educational institutions and added that the soldiers forced the students to take a more difficult and dangerous road, which many couldn’t.

The Ministry of Education (MoE)  pointed out that schools in Tuqu are a frequent target of Israeli military assaults, including opening fire towards the schools, obstruction of students’ path to school and the deployment of occupation around school grounds.

Israel has illegally occupied the West Bank since 1967 and human rights abuses against Palestinians and breaches of international law are daily occurrences.