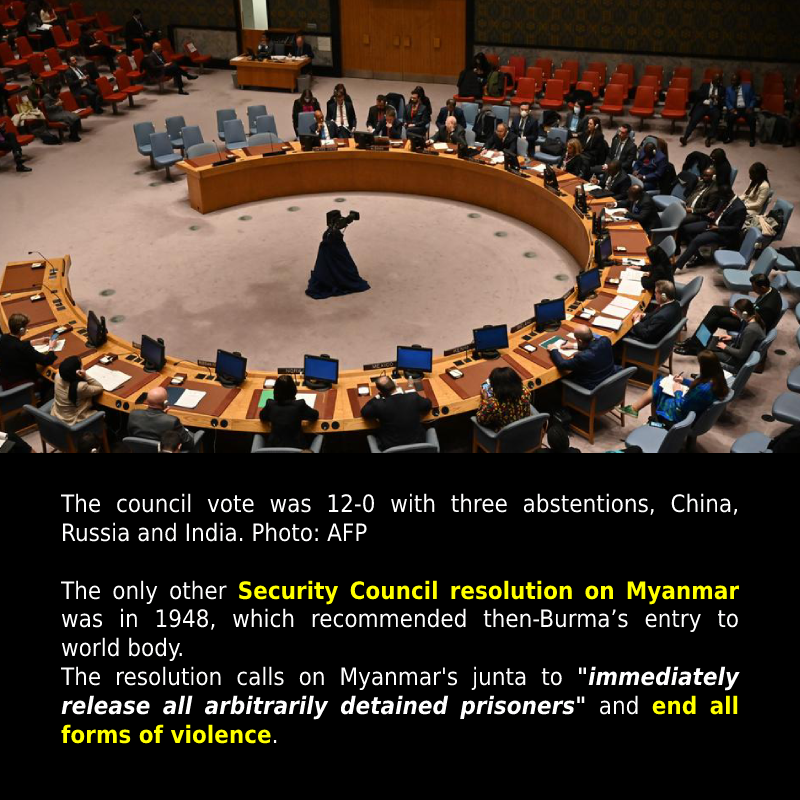 UNITED NATIONS, Dec 21 (Reuters) – The U.N. Security Council adopted its first resolution on Myanmar in 74 years on Wednesday to demand an end to violence and urge the military junta to release all political prisoners, including ousted leader Aung San Suu Kyi.

Myanmar has been in crisis since the army took power from Suu Kyi’s elected government on Feb. 1, 2021, detaining her and other officials and responding to pro-democracy protests and dissent with lethal force.

“Today we’ve sent a firm message to the military that they should be in no doubt – we expect this resolution to be implemented in full,” Britain’s U.N. Ambassador Barbara Woodward said after the vote on the British-drafted resolution.

“We’ve also sent a clear message to the people of Myanmar that we seek progress in line with their rights, their wishes and their interests,” Woodward told the 15-member council.

It has long been split on how to deal with the Myanmar crisis, with China and Russia arguing against strong action. They both abstained from the vote on Wednesday, along with India. The remaining 12 members voted in favor.

“China still has concerns,” China’s U.N. Ambassador Zhang Jun told the council after the vote. “There is no quick fix to the issue … Whether or not it can be properly resolved in the end, depends fundamentally, and only, on Myanmar itself.”

He said China had wanted the Security Council to adopt a formal statement on Myanmar, not a resolution.

Russia’s U.N. Ambassador Vassily Nebenzia said Moscow did not view the situation in Myanmar as a threat to international peace and security and therefore believed it should not be dealt with by the U.N. Security Council.

U.S. Secretary of State Antony Blinken welcomed the resolution’s adoption. “This is an important step by the Security Council to address the crisis and end the Burma military regime’s escalating repression and violence against civilians,” he said in a statement. 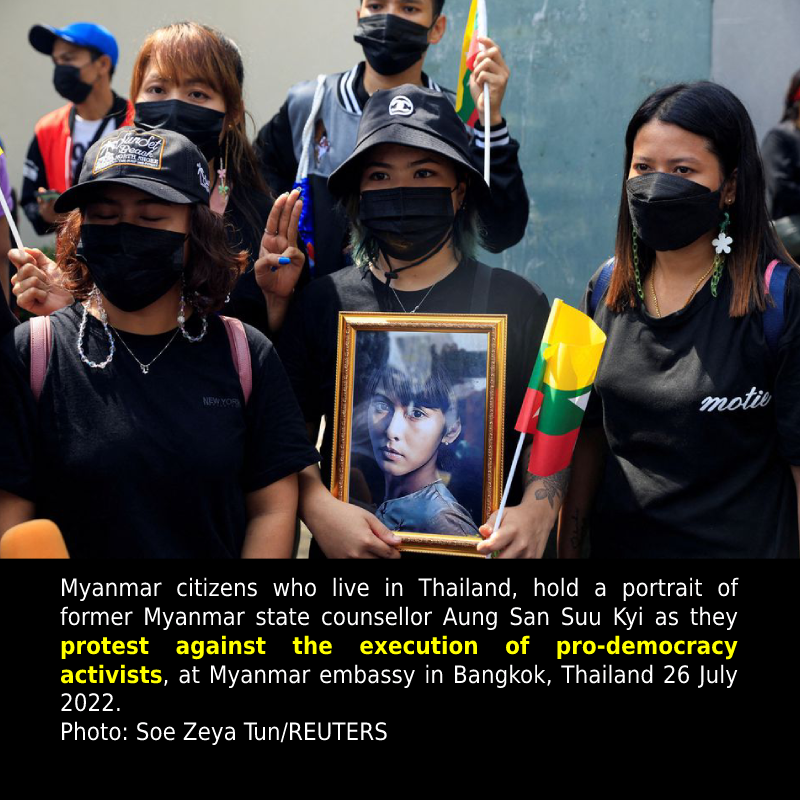 Until now the council had only agreed formal statements on Myanmar, where the army also led a 2017 crackdown on Rohingya Muslims that was described by the United States as genocide. Myanmar denies genocide and said it was waging a legitimate campaign against insurgents who attacked police posts.

Negotiations on the draft Security Council resolution began in September. The initial text – seen by Reuters – urged an end to the transfer of arms to Myanmar and threatened sanctions, but that language has since been removed.

The adopted resolution expresses “deep concern” at the continuing state of emergency imposed by the military when it seized power and its “grave impact” on Myanmar’s people.

It urges “concrete and immediate actions” to implement a peace plan agreed by the Association of Southeast Asian Nations (ASEAN) and issues a call to “uphold democratic institutions and processes and to pursue constructive dialogue and reconciliation in accordance with the will and interests of the people”.

The only other resolution adopted by the Security Council was in 1948, when the body recommended the U.N. General Assembly admit Myanmar – then Burma – as a member of the world body.

Myanmar’s U.N. Ambassador Kyaw Moe Tun, who still holds the U.N. seat and represents Suu Kyi’s government, said while there were positive elements in the resolution the National Unity Government – comprised of remnants of the ousted administration – would have preferred a stronger text.

“We are clear this is only a first step,” he told reporters. “The National Unity Government calls on the UNSC (to build) on this resolution to take further and stronger action to ensure the end of the military junta and its crimes.”