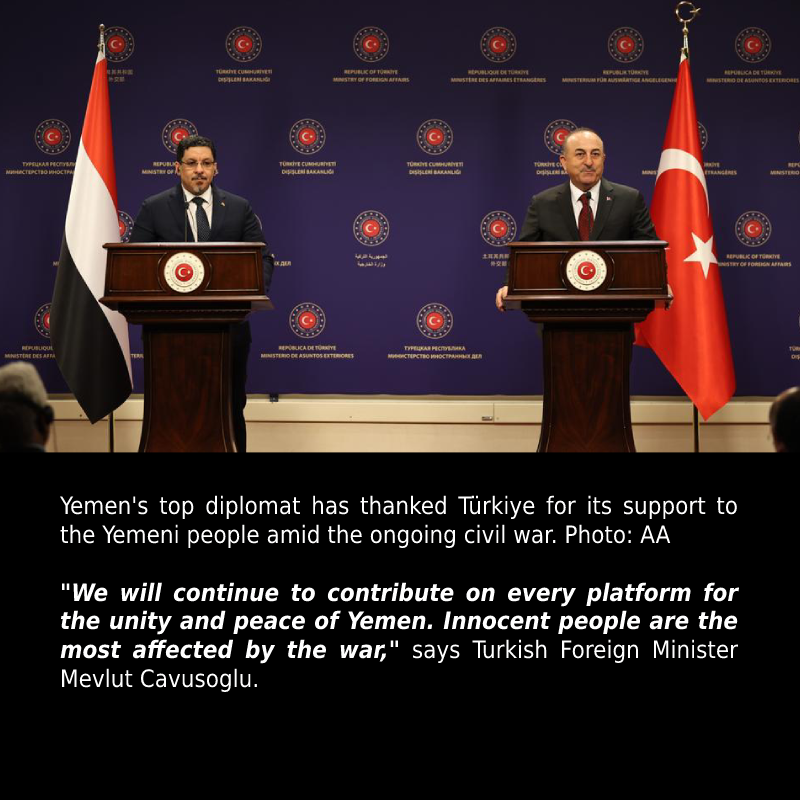 “The humanitarian crisis in Yemen has reached a serious point. More than half of Yemeni people are facing a food crisis. We continue to stand by Yemen in these troubled days. In Türkiye we ground 37,000 tons of grains from Ukraine into flour and sent them to Yemen,” Cavusoglu said at a news conference with his Yemeni counterpart Ahmed Awad bin Mubarak in the capital Ankara.

“We also emphasised the importance of returning to the ceasefire in Yemen. We will continue to contribute on every platform for the unity and peace of Yemen. Innocent people are the most affected by the war,” said Cavusoglu.

Bin Mubarak, for his part, thanked Türkiye for its support to the Yemeni people amid the ongoing civil war.

He said that the Yemeni government has done its part to reach a ceasefire in the country.

“Looking at what is happening in Yemen from a humanitarian perspective only will not solve the problem,” he said. “We call on the international community to deal with the crisis from a new perspective.”

“The Houthis were never ready for peace negotiations and even obstructed them,” he stressed.

He said he discussed with Cavusoglu “in particular the terrorist attacks of the Houthi militia since Oct. 17, and efforts to restore peace to Yemen.” 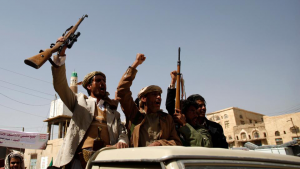 Attack was carried out by two drones but did not lead to casualties or damage, government says, warning “all options” are on the table in response to the raid. Photo: REUTERS Archive

Bin Mubarak added that his country always calls for Houthis to be added to terrorist lists and urged Türkiye to take a tougher stance on this at the international level.

He expressed his country’s support for all of Türkiye’s efforts to defend its stability and national security.

“We reached a consensus on the situation and events in Yemen. Iran adopts a very negative point of view and position. Despite our making all kinds of concessions regarding the ceasefire and peace, the agreements did not last,” he added.

Yemen slipped into a deadly civil war in 2014 when Houthi rebels captured much of the country, including the capital, Sanaa. A military coalition led by Saudi Arabia entered the war in early 2015 to restore the government to power.

The eight-year conflict in Yemen has created one of the worst humanitarian crises in the world, with millions risking starvation. 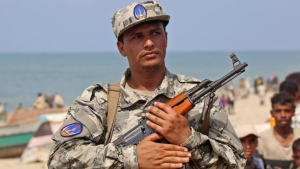 A Yemeni soldier from the Yemeni Coast Guard stands guard during an awareness campaign to educate local fishermen on dealing with mines and foreign objects in the water in the Al Khokha area of Al Hodeidah Governorate, in the west of the war-torn country, on 2 October 2022. Photo: AFP