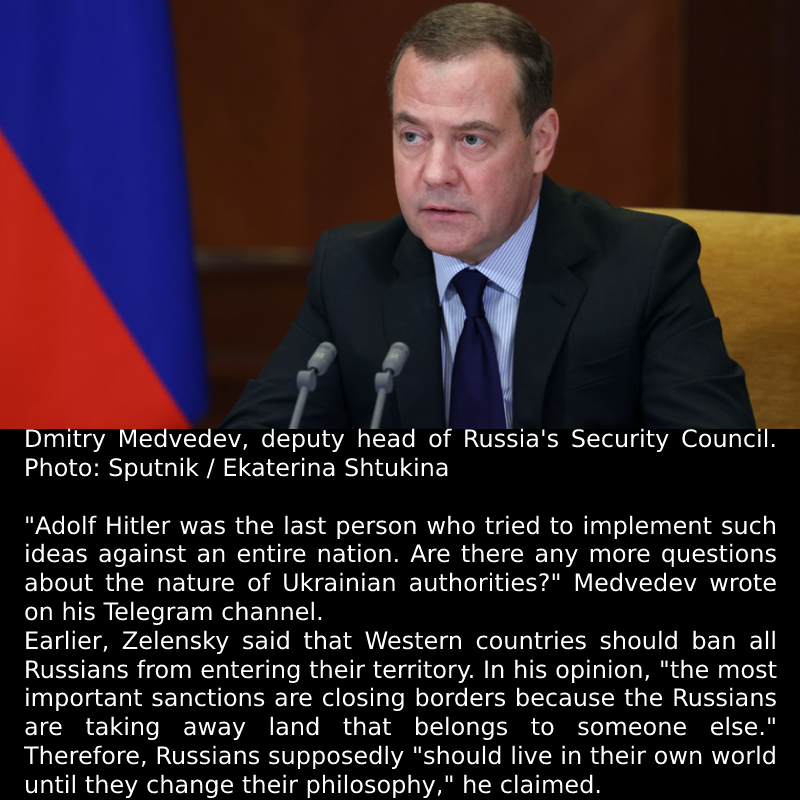 Dmitry Medvedev has lashed out against the leader of Ukraine for his call to retaliate against all Russians globally.

Medvedev, who now holds the position of deputy chair of the Russian national security council, blasted Zelensky over his call for the collective punishment of Russians.

The NATO-backed leader has called for all Russians – regardless of their leanings or circumstances – to be deported from Western countries.

“Adolf Hitler tried to implement such ideas about an entire people,” the Russian official remarked. “Any more questions about the nature of the Ukrainian authorities?”

Nazi Germany’s extermination of undesirable groups of people, including Jews, Roma, LGBT, disabled individuals and communists, was among the most extreme examples of collective punishment in history.

The rebuke, released on Medvedev’s social media, came in response to an interview with Zelensky published by The Washington Post on Monday. Speaking to the US newspaper, he called for Western nations to oust all Russians living on their soil and ban new entries. The proposed expulsions should apply even to opponents of the Russian government, Zelensky said.

“The whole population can’t be held responsible, can it?’ It can. The population picked this government and they’re not fighting it, not arguing with it, not shouting at it,” the Ukrainian president was quoted as saying.

Zelensky appeared to suggest that Russians abroad who would be forced to return to their home country against their will would then put pressure on the Russian government and make it reconsider its policy towards Ukraine.

Russia sent troops into Ukraine on February 24, citing Kiev’s failure to implement the Minsk agreements, designed to give the regions of Donetsk and Lugansk special status within the Ukrainian state. The protocols, brokered by Germany and France, were first signed in 2014. Former Ukrainian President Pyotr Poroshenko has since admitted that Kiev’s main goal was to use the ceasefire to buy time and “create powerful armed forces.”

In February 2022, the Kremlin recognized the Donbass republics as independent states and demanded that Ukraine officially declare itself a neutral country that will never join any Western military bloc. Kiev insists the Russian offensive was completely unprovoked. 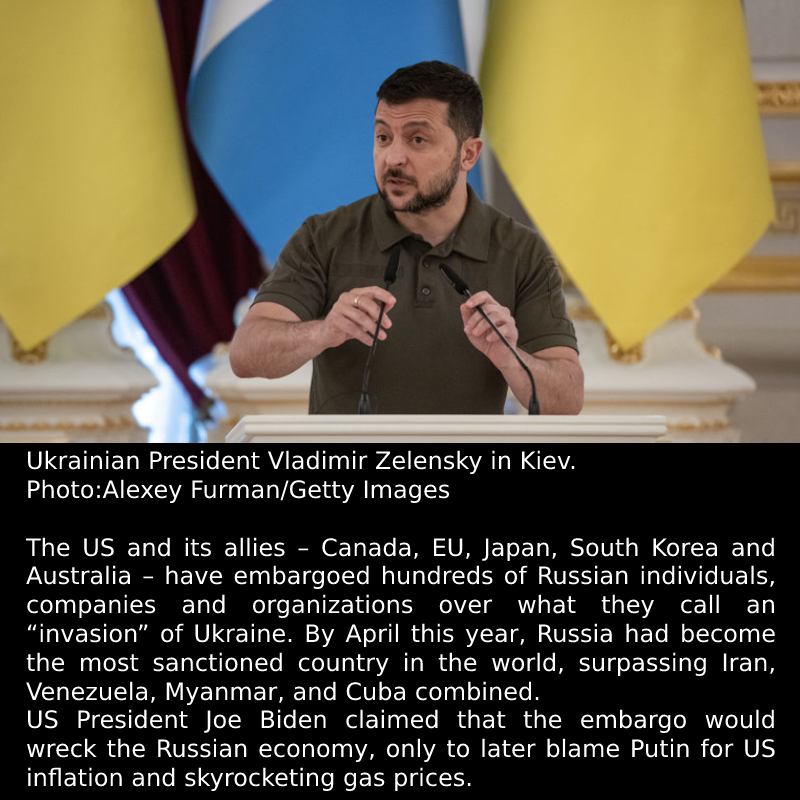