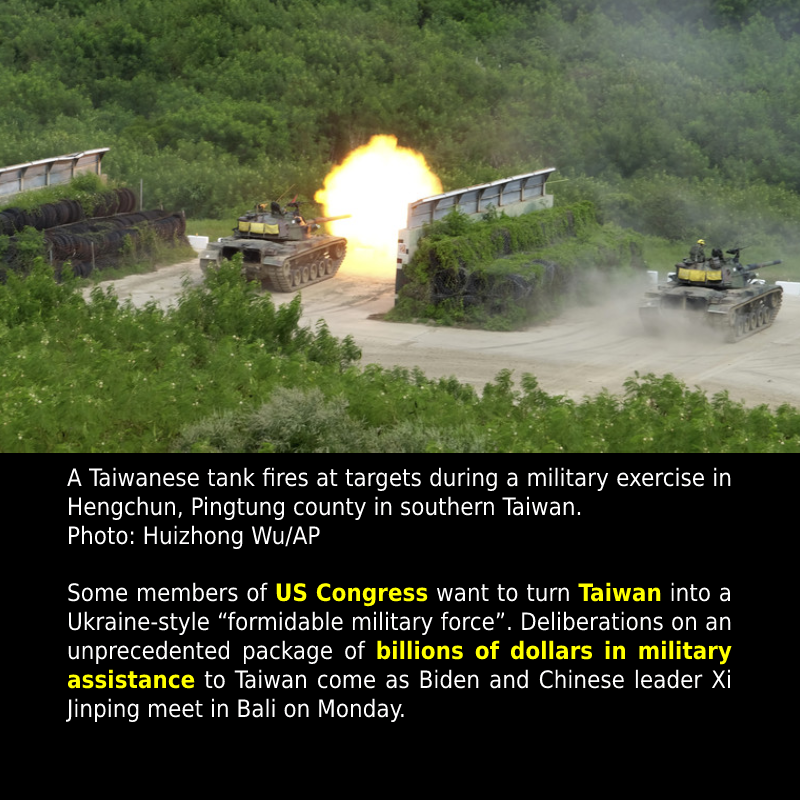 US lawmakers are seeking to flood Taiwan with as much American weaponry and military training as possible, the Washington Post reported on the eve of President Joe Biden’s planned face-to-face meeting with his Chinese counterpart Xi Jinping

If successful, the bipartisan effort would enable the Pentagon to tap its own weapons stocks, including Javelin and Stinger missile systems, to accelerate a military buildup in Taiwan, the newspaper wrote on Sunday, citing US officials. The report, however, noted that approval for taxpayer-funded military assistance to Taipei may hinge on support from Biden, who had promised to “figure out what the red lines are” during his meeting with Xi on Monday in Indonesia.

Lawmakers who back the effort apparently hope to avoid a repeat of the Russia-Ukraine conflict. “One of the lessons of Ukraine is that you need to arm your partners before the shooting starts, and that gives you your best chance of avoiding war in the first place,” Representative Mike Gallagher, a Wisconsin Republican, told the Post. 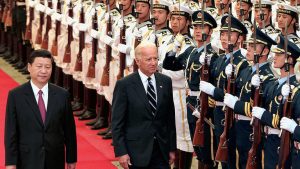 READ: Biden and Xi to meet in search of ‘red lines’

The Biden-Xi summit comes at a time when US-China relations are at their lowest point in recent memory. Beijing broke off military and climate ties with Washington in August, after US House Speaker Nancy Pelosi went through with a controversial visit to Taiwan, in defiance of warnings from Chinese officials that the trip would undermine China’s sovereignty and embolden separatists in Taipei.

Chinese forces ramped up military drills in the Taiwan Strait immediately after Pelosi’s visit, and Xi said last month that China wouldn’t rule out using force, if necessary, to reunify with the province. The Pentagon, which has branded China the top threat to US national security, vowed on Wednesday to continue providing military assistance and training to Taiwanese forces. 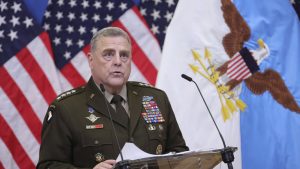 Even as it maintains a policy of recognizing – but not endorsing – China’s claim to sovereignty over Taiwan, the US has sold weapons to the island for decades. Unlike those deals, the proposed military aid would be given to Taiwan at US taxpayer expense. It could include such weaponry as anti-ship cruise missiles, anti-aircraft defense systems, self-detonating drones and naval mines, the Post said.

The aid could total $3 billion annually. The goal is to “make the Taiwanese a formidable military force that can defend itself, like the Ukrainians, or at least make it very hard for the People’s Liberation Army to attack them,” said Senator Dan Sullivan, an Alaska Republican.